Turkey detains dozens of ISIS suspects ahead of New Year 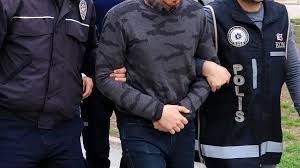 Police in Turkey continues to sweep against the militant group ahead of New Year celebrations. On Monday, dozens of people suspected of links to the ISIS were detained, the Anadolu news agency reported.

At least 33 foreign nationals were detained in the capital Ankara in the government’s efforts to clean the country from the Islamic radical elements. According to police, Islamists are mostly from Iraq, Syria and Morocco. The recent joint operation by anti-terrorism police and the national intelligence agency was a rather successful: police conducted simultaneous, pre-dawn raids in the city of Batman, in southeast Turkey, where 22 suspects were detained.

As police said in a separate report, raids were also conducted in the cities of Adana and Kayseri where 15 people, including six foreign nationals, were detained. The searching for some 17 other suspects are continuing, the report said.

The Turkish government does its best to prevent the terroristic attacks, remembering a wave of attacks in 2015 and 2016 blamed on ISIS and Kurdish militants that killed more than 300 people.

ISIS also claimed responsibility for an attack at an Istanbul nightclub during New Year celebrations in the early hours of 2017. The attack killed 39 people, most of them foreigners.