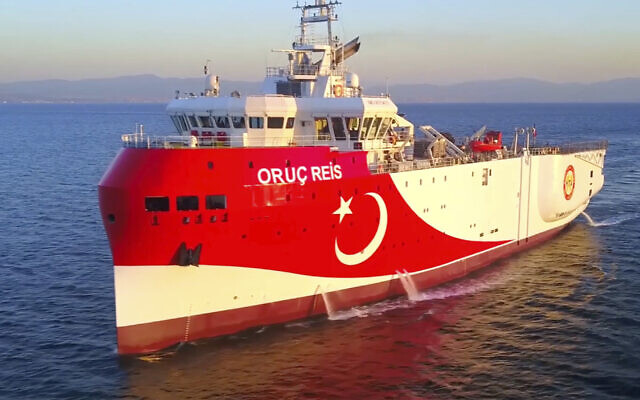 Turkey’s decision to extend its recently-discovered gas exploration site and deployment of vessels into disputed waters caused Greece to claim protest. For Turkey, the 320-billion-cubic-meters of natural gas in the Black Sea became the biggest ever in its history, Ahval reported.

Turkish President on September 1st played up Turkey’s military might after extending a Mediterranean gas exploration mission that has pitted it against Greece and the rest of the EU. In fact, Ankara’s relations with Athens have deteriorated sharply in just one week.

Ankara’s sharp moves during the last week have revived the long-standing hostilities between the two neighbours, Greece and Turkey. The latter push into disputed waters has raised the stakes in the energy-rich but volatile zone. In addition, President Erdogan announced his country has extended until mid-September its controversial natural gas exploration mission in east Mediterranean waters claimed by Greece.

The tensions with Greece and the rest of the EU are continuing to rise, taking into account the Turkish position to extend the exploration mission in the disputed waters. The most recent of the two extensions were until Sep 1st but But in a message on NAVTEX, the international maritime navigational telex system, Turkey said late Monday the mission would now be extended until September 12.

Hours earlier, Turkish President Recep Tayyip Erdogan said in a televised speech that the ship Oruc Reis was “continuing its activities with determination.”

“God willing, we hope to get good news from the Mediterranean in a short span of time, too, as we got in the Black Sea,” Erdogan said.

Erdogan was referring to Turkey’s discovery of what officials said were 320-billion-cubic-meters of natural gas in the Black Sea, the biggest in Turkey’s history. “We will never succumb to piracy or banditry in the Mediterranean and the Aegean,” Erdogan promised.