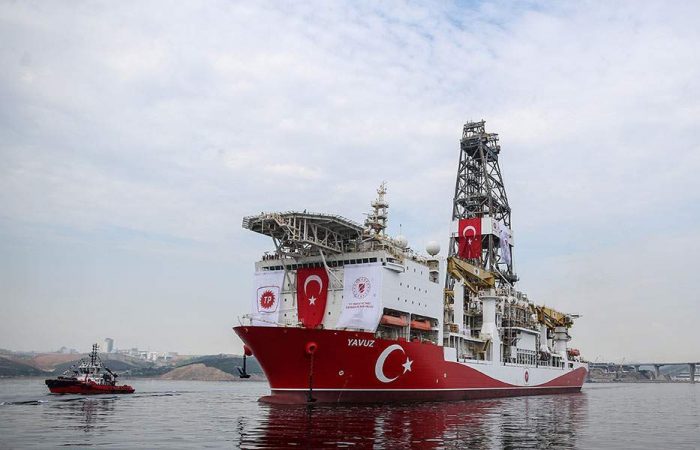 Turkey’s drilling activities made Greece and the European Union call it illegitimate, Reuters reported. Greece officials insist that Turkey’s Fatih ship’s drilling within the territorial waters of the Republic of Cyprus is illegal.

The official reaction from Greece and the EU was the same when Turkey started its drilling works off Cyprus. While the EU called this Turkish activity illegitimate, Brussel underlined it could not be an impartial mediator on the Turkey-Cyprus territorial dispute.

The Turkish foreign ministry’s statement describes the situation in details. According to Ankara, in early May, Fatih ship had started drilling activities to the west of the Mediterranean island and Turkish Yavuz ship had recently arrived in the east of Cyprus island for the drilling process.

“ This illegal act defies International Law, the Law of the Sea, but is also condemned by the international community, and is a further escalation that undermines stability and security in the Eastern Mediterranean region,” Turkish Greece’s new Foreign Ministry said in a statement.

Washington has commented on the drilling incident, expressing its deep concern over unacceptable Turkey’s behaviour in the territorial water of another state and its exclusive economic zone.

The US Dept of State called Ankara to stop the drilling operations to avoid further tensions with the neighbouring countries. According to the State Department spokesperson, Yavuz ship mission looks like a “provocative step” that undermines the security in the region.