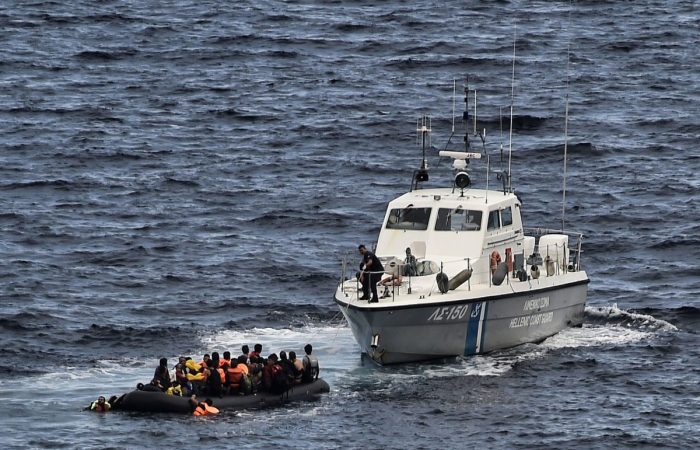 Turkey reported on rescuing of nearly 80 asylum seekers in Turkish territorial waters in the Aegean Sea. There were also a group of refugees who were pushed back by the Greek Coast Guard into Turkish territoria in Aegean, MEMO has learned.

The Turkish rescuers said that the asylum seekers were trying to reach Greece’s Lesbos Island on a dinghy and a lifeboat. The refugees were pushed back to Turkish territorial waters by the Greek Coast Guard. After routine ID procedures, all of the refuges were taken to the local migration authority.

In addition, 19 asylum seekers were stranded on a dinghy due to an engine breakdown. They were rescued off the coast of Turkey’s Marmaris district. During the routine patrol off the coast of Bodrum district in the same Mugla province, the coast guard rescued another group of 34 refugees from North Africa.

Turkey remains a key transit point for refugees aiming to cross into northern Europe to start new lives, especially those fleeing war and persecution. Even under pandemic restrictions, the flow of refugee is still the same.

Over the years, Turkey repeatedly condemns Greece’s illegal practice of pushing back asylum seekers. As Ankara noted, it violates humanitarian values and international law by endangering the lives of vulnerable migrants.