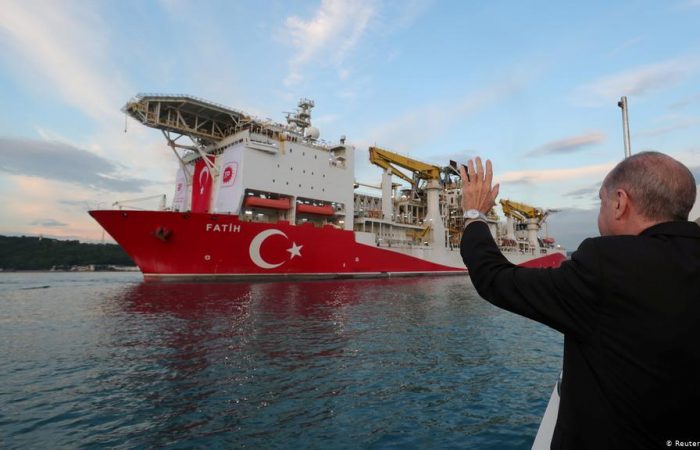 Turkey, the energy-dependent country, cover its needs in the years to come with the new natural gas reserve, said President Erdogan on Friday. The announcement follows one last year that another 405 billion cubic meters of natural gas were found in the Black Sea.

Speaking of the new perspectives of the country, at the opening of a new port in the Black Sea coastal province of Zonguldak, Erdogan said authorities would work “day and night” to achieve that target.

The Turkish leader added that total gas discovery in the Black Sea has now reached 540 billion cubic meters. The government says it plans to extract and use the gas by 2023, in a bid to decrease its dependence on energy imports from Russia, Iran and Azerbaijan.

Over the years, Turkey has increased its search for offshore hydrocarbon resources. In 2020, it sent vessels into the eastern Mediterranean, touching off a maritime border dispute with neighbouring Greece and Cyprus, France24 reported.