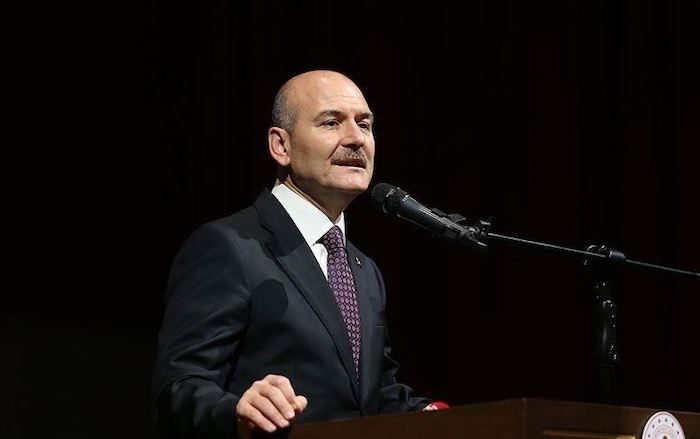 Turkey warned that 1,200 foreign ISIS detainees will be repatriated, Kurdistan24 reported. Turkish Interior Minister warned on Monday that it is the right time to send detainees to their native countries, even if their citizenship had been revoked.

Turkey’s official Suleyman Soylu said that his country currently has around 1,200 foreign ISIS fighter members in the Turkish prisons. In addition, the relatives of the suspects are also included in the number.

Talking to the journalists, the Turkish interior minister said that Turkey is not the hotel for those who preferred to support the jihad one day. The European Union member states have shown great reluctance to repatriate their nationals now in camps because of fears they pose a security threat.

Turkey’s Foreign Ministry spokesperson confirmed that Turkey is “ready to work together with the countries of origin and international organization for the rehabilitation of spouses and children who have not been involved in crimes committed by foreign terrorist fighters affiliated with [ISIS].”

Last week, Turkey reported on the detention of 20 foreign nationals with suspected ties to the ISIS.

Kurds have disagreed with Assad’s plans

Aldar Helil, a top Kurdish official has expressed their disagreement with the plans laid out by President Bashar al-Assad to bring autonomous Kurdish-controlled areas under his authority. On Friday, the head of the Diplomatic Relations Office for the Movement for a Democratic Society said that the Kurds «were the first Syrians who were oppressed and denied».

The Kurds have never ruled over anyone and never assimilated any Syrian component with history, culture, and identity, Helil aded.

“Today, the Kurds seek to resolve their cause by resolving the issue of all those who were treated in the same manner,” the statement reads. “The consideration is that there is no single solution to a host of problems, so the suitable proposition was the Democratic Nation; this in one aspect preserves and supports the plurality and diversity of Syria.”