Turkey vows to strengthen cooperation with Qatar in all fields 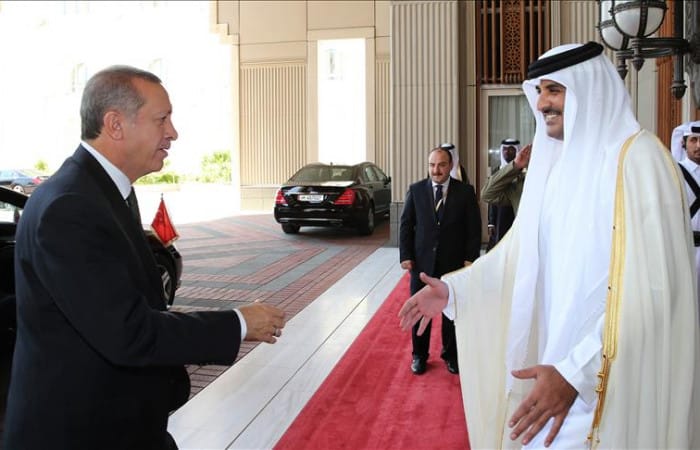 Turkey and Qatar are strengthening its bilateral ties, said Recep Tayyip Erdoğan on Sunday. The president vowed that Turkey is going to keep the good balance in all fields, including defence, trade, energy.

President Erdogan in his televised address in the northern Sakarya province vowed to boost bilateral relations with Qatar:

«We will always remember that Qatar stood in solidarity with us. We will continue to strengthen our cooperation with Qatar from defence to trade and from tourism to energy,» the Turkish leader said.

The mutual strategic cooperation in a wide range of fields was discussed widely last November, both Turkey and Qatar have signed several agreements on transportation, trade, economy and culture. Amid the Middle East crisis, the deals signed during the fourth meeting of the Turkey-Qatar High Strategic Committee in Istanbul paved the way to the future successful relations between the countries.

Mr Erdogan earlier expressed his gratitude to the Qatari emir for his support and solidarity during hard times in 2017 when the Turkish lira declined sharply against the US dollar.

In 2017, when Qatar was isolated, Turkey did its best to explain to the neighbours that such an approach would not resolve any regional problems. «We will not abandon our Qatari brothers,» Erdogan told then.