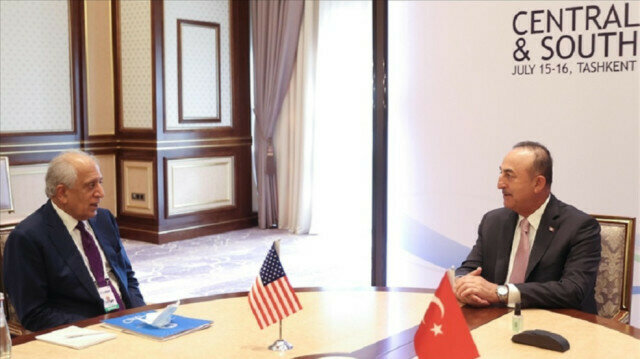 Turkish and US top diplomats have discussed the latest developments in Afghanistan on the sidelines of the “Central and South Asia: Regional Connectivity, Challenges and Opportunities” summit, in Tashkent, Uzbekistan.

Turkey’s Foreign Minister Mevlut Cavusoglu met the US Special Representative for Afghan Reconciliation Zalmay Khalilzad on July 15, 2021. Commenting on the results of the Thursday meeting, Mr Cavusoglu tweeted that he «exchanged views on the Afghan peace process and regional developments.»

The meeting with Afghan President Ashraf Ghani and his counterpart Haneef Atmar took place earlier in Tashkent, YeniSafak has learned.

The US plan to withdraw its troops from Afghanistan by August

The US President Joe Biden announced earlier this week that the US troops will leave the Middle Eastern country on August, 31th. The preliminary data was set for September 11, however, Biden changed his mind. Meantime, the Americans have already vacated Bagram Airfield and handed it to Afghan National Army.

Meantime, the peace process in Afghanistan is slowing down as the Taliban recently claimed to have taken control of more than 85% of Afghanistan, with government forces surrounding and abandoning outposts.

The Afghan Defense Ministry has rejected the Taliban’s claims, asserting that hundreds of insurgents were killed in retaking the fallen districts.