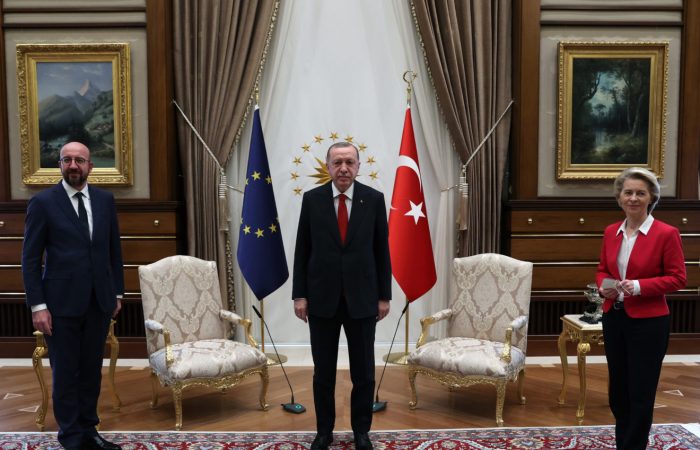 Turkish President holds a meeting with top European Union officials on Tuesday. The discussion of vital issues was held in a positive atmosphere, Andalou Agency reported.

President Erdogan met with the top officials of the EU, putting forward a perspective on the future of Turkey’s relations with the bloc. As Ibrahim Kalin said in the statement, Turkey’s leader stressed that country’s ultimate aim is full membership in the EU.

The meeting with Charles Michel, the president of the EU, and Ursula von der Leyen, the president of the EC, took place at the presidential complex in Ankara. The in-depth discussion included updating the refugee deal, the renewal of the Customs Union, the granting of visa liberalization for Turkish citizens, inter-public contacts and high-level political consultations.

According to Erdogan, strengthening political, economic and social relations between Turkey and the EU not only helps for the stability of Turkey and the European countries but also in achieving regional peace. In her turn, von der Leyen sent a positive message: “We want to move forward towards much better relations in the future”.