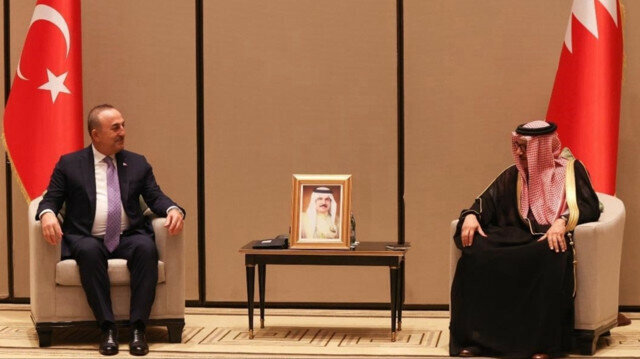 Turkey and Bahrain share the vision of a united, stable and secure Gulf region, minister Mevlut Cavusoglu said on Sunday as he pays an official two-day visit to the kingdom of Bahrain.

A meeting of the Joint Economic Commission between Bahrain and Turkey is planned to take place in March, said the source on condition of anonymity due to restrictions on speaking to the media.