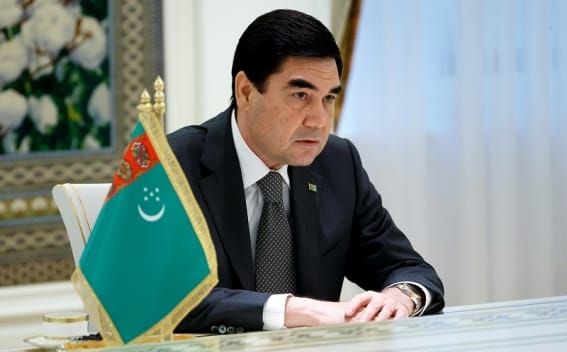 Turkmenistan’s president sent his sincere congratulations to Japan’s new emperor. In his letter, Gurbanguly Berdimuhamedov expressed his hope for the mutually beneficial cooperation between their countries.

The Emperor of Japan Naruhito continues to receive the congratulations from the national leader from all over the world. Turkmenistan’s president was one of the first national leaders who congratulated Emperor Naruhito with the most important day in his life.

In the letter, which later was published, Mr Berdimuhamedov notes the relations between Turkmenistan and Japan are traditionally good, both countries are cooperating in the political, trade, economic, social, cultural, humanitarian and other fields. That trend should be kept and developed in years to come, Turkmenistan’s leader believes.

Since 2015 visit of Japanese Prime Minister Shinzo Abe to Turkmenistan, the local business got a new impulse. The memorandum of understanding signed by the top officials promises the cooperation in the areas of development of natural resources and the transport infrastructure of Turkmenistan.

The Turkmen-Japanese business partnership should be intensified

Turkmenistan, holding one of the key positions in the region in terms of supply of natural gas, in recent years has started to actively diversify the economy. Taking into account that the ex-USSR republic possesses the world’s sixth largest reserves of natural gas resources, many foreign companies are interested in the taking parts in Turkmen projects. In particular, the construction of innovative gas processing complexes is planned.

Agreements on a number of projects worth $18 billion were also concluded. Japan then expressed its desire to participate in projects to develop the industrial infrastructure of Turkmenistan’s biggest gas field Galkynysh.

A number of major infrastructure projects have already been implemented with the participation of Japanese companies. They include a complex of ammonia and urea production plants in Mary Region, the Garabogazkarbamid plant and a polymer complex in the Balkan Region.