Two rockets hit near US Embassy in Baghdad 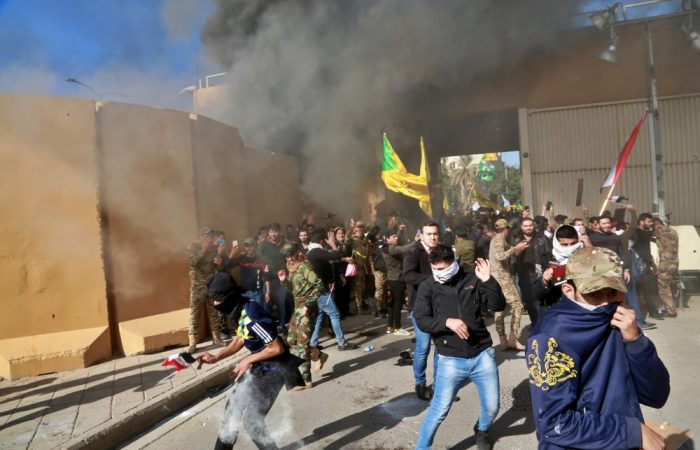 The Katyusha rockets attacked the green zone on Sunday. It is worth to note that a Katyusha rocket fell close to the US Embassy on Saturday — the second attack within 24 hours. In fact, in the last two months, US buildings were attacked at least 14 times.

It should be noted that the ties between the US and Iraq hit rock-bottom after Iranian General Qasem Soleimani was killed bu the US drone attack. On Sunday, the third rocket landed near As-Salam palace, Iraqi President Barham Salih’s residence.

Iran immediately called Soleimani’s killing an act of terrorism and vowed to take «severe revenge». While US’ ties with Iran have been sour, Iraq is seen as an ally. That is a reason why nearly 5,000 US troops are stationed in the country to fight with the Islamist radicals.

General Soleimani’s death has put Iraq-US ties to test. In a symbolic vote, the Iraqi Parliament on Sunday approved a Bill for the expulsion of all US soldiers from their country.

Under such circumstances, MPs chant of «no to America» filled the Iraqi Parliament. But the approval doesn’t amount to anything until Iraqi PM Adel Abdul Mahdi signs it.

Moreover, Mahdi’s caretaker government doesn’t have the authority to go ahead with such a historical decision. According to political experts, it would be up to the new government to take this forward.