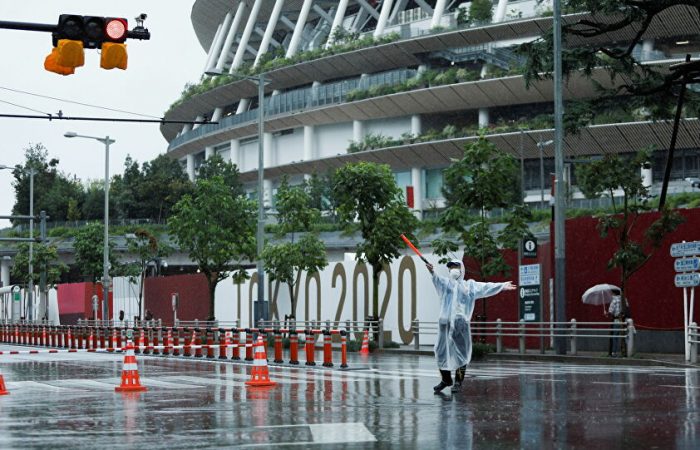 Typhoon Lupit’s strong winds and heavy rain early Monday hours hit the western part of Japan, making a landfall. One of the most suffered regions is the southwestern Kyushu region, Xinhua reports.

The Japan Meteorological Agency said that Typhoon Lupit is expected to reach the Sea of Japan on Monday evening. The ninth typhoon of the year has already made landfall near Kure in Hiroshima Prefecture at 5:00 am Monday. The heavy rain and wind brought the downpours to western, eastern and northern Japan areas through Tuesday.

The residents are recommended to be vigilant against possible mudslides and floods. It is expected that in the 24 hours through Tuesday morning, the rainfall will reach up to 300 mm for the Tokai region in central Japan and between 100 mm and 180 mm in wide areas including the Kanto and Kinki regions.

On Monday morning, mudslide alerts were issued in some parts of Hiroshima, Shimane, Ehime, and Oita prefectures, and some rivers in Hiroshima and Yamaguchi prefectures are above their flood warning levels.

According to the meteorologists, the typhoon was moving northeast at around 45 km per hour about 70 km south-southwest of Tottori Prefecture. On Monday morning, the atmospheric pressure of the Lupit was 985 hectopascals at its centre, and the wind speed was as high as 126 kph.