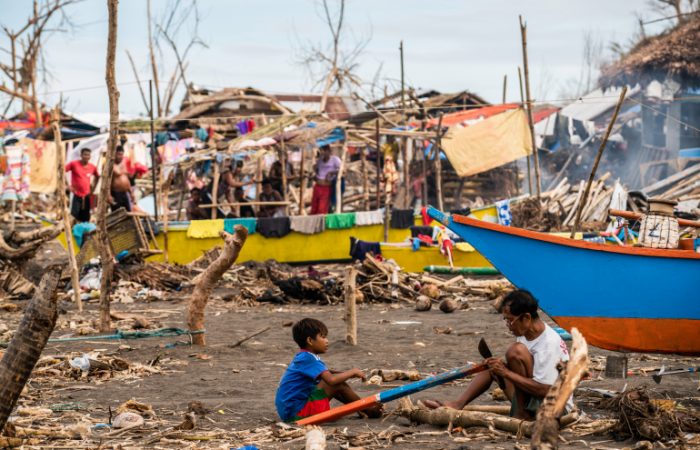 Typhoon Vamco and the torrential rains have paralyzed the capital of the Philippines, AsiaNews reports. As the local authorities of the city of Marikina said, the powerful hurricane has submerged 40 thousand homes.

Despite typhoon Vamco is losing its intensity, the natural disaster continues to destroy the homes in Manila and other regions. Now, Vamco is moving through Luzon towards Vietnam with an average speed of 130 km per hour, with gusts reaching 215 kph.

Because of the floods, thousands of people are waiting for rescue teams on the roofs of their houses.

In fact, November should no longer be typhoon season in Southeast Asia, the researchers from the Japanese University of Okinawa say. However, the warming of the seas generated by climate change makes hurricanes more powerful and makes them last longer.

The current typhoon caused the series of torrential rains on the island of Luzon this morning. So far there have been reports of one person dead and three missing.

The meteorological service reports on the 21st cyclone to hit the Philippines this year. Prior to starting Vamco, Goni was the most powerful in the world in 2020. As a result, typhoon caused 25 deaths in Luzon; 370 thousand people were evacuated from the disaster areas.