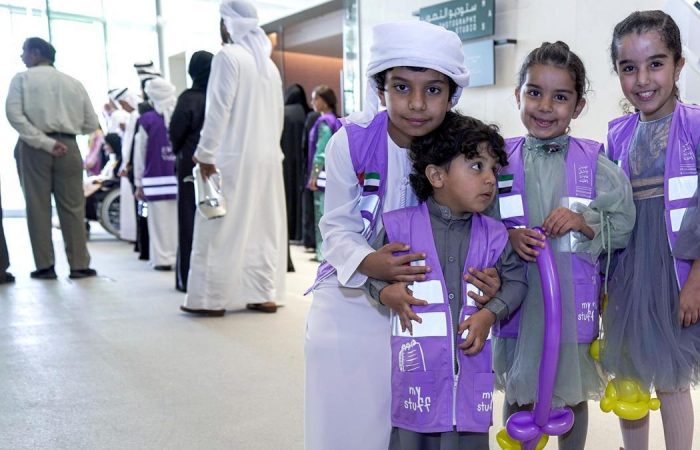 The United Arab Emirates have established the Children’s Day on March 15 each year. To recognize the country’s efforts to bolster children’s rights, this special day aimed at empowering the next generations of the citizens.

Sheikha Fatima bint Mubarak, head of the General Women’s Union and president of the Supreme Council for Motherhood and Childhood (SCMC), has et up this day. On Sunday, she hailed the Children’s Day as important milestone for the country. Sheikha called for the nation’s youth to be “engaged” as the UAE joined together to mark the third annual Emirati Children’s Day.

The event is observed on March 15 every year in recognition of the milestone date a law was approved to protect the rights of children. The modern country does its best to safeguard young citizens from all forms of abuse.

She said it was crucial to not only care for the next generation but to harness their potential and give them the tools to contribute to the continued rise of the country in years to come.

“When we talk about children’s rights, we talk about empowering them and engaging them to play a role in their community,” said Sheikha Fatima and added that the creation of the Parliament for Emirati Children aimed at providing “the right platform for children to share their thoughts and ideas.”

“He who cares for children cares for the future of one’s homeland,” Sheikha said.

Emirati Children’s Day was adopted to coincide with the approval of the Child Protection Law 3 on March 15, 2016. The law protects Emiratis and residents and lays out the legal rights of minors in the UAE. It is designed to protect children until the age 18 from all types of abuse, including physical, verbal and psychological abuse.

The law was further strengthened in December 2018 by Sheikh Mohammed bin Rashid.

The Prime Minister and Ruler of Dubai issued a cabinet resolution that includes 23 clauses regulating the training and employment of minors, procedures for reporting offences against children, conditions for becoming a child welfare officer and obligations that must be met by families fostering children.