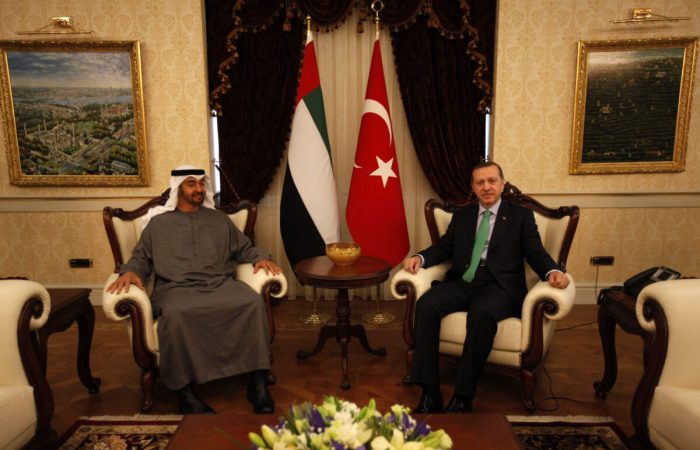 The UAE senior royal Mohammed bin Zayed sent an invitation to the Turkish ambassador for a private meeting. It could be a signal for improved relations between Abu Dhabi and Ankara, MEMO reports.

The Turkish ambassador to the United Arab Emirates, Tugay Tuncer, thanked Mohammed bin Zayed for an invitation, saying that he is honoured to be invited to the assembly of Crown Prince of Abu Dhabi.

“I see the goodwill shown to me by the UAE leadership and people as a confirmation of the ties of brotherhood between our countries, and I express my gratitude,” the Turkish diplomat wrote.

The invitation was accepted a week before the Emirati crown prince is due to visit Ankara. For bin Zayed, it will be the firs official visit to Turkey in almost a decade. The relations between the two nations were rather cold after years of tension, in which Ankara supported popular protests and movements in the Arab Spring, while the UAE attempted to undermine Turkey’s interests and its allies in Libya and Syria.

The visit by the Emirati royal is expected to be the “beginning of a new era,” Turkish officials said. It will also come three months after the Crown Prince’s brother, the UAE’s national security adviser, Tahnoun bin Zayed, met President Erdogan in August for talks regarding new Emirati investments in Turkey. The result of that meeting was a rather impressive, the nations’ plan to amount to around $10 billion.

Earlier this month, the UAE also provided Turkey with $10 million to help rebuild areas in the country which were destroyed by rampant wildfires this summer.