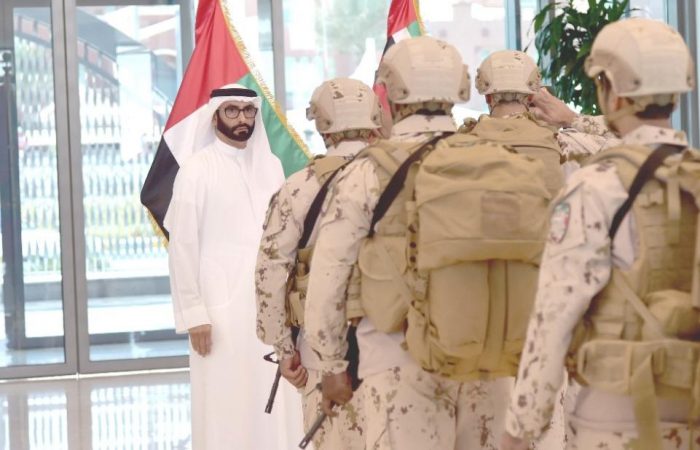 Saudi Arabia’s capital Riyadh on Thursday will welcome one of the most anticipated event in the political life of the Middle East. The expected signing of a joint agreement between the Yemeni government and the Southern Transitional Council means that UAE forces have completed their tasks with “honour, pride and sacrifice”.

For both Riyadh and Abu Dhabi, the signing is the victory force and the vanguard of the liberated triumphal liberation. They liberated Aden and saved it and its surroundings from the clutches of the Houthi militia.

On Thursday, the signing ceremony will be attended by high ranking Arab officials and Martin Griffiths, the United Nations special envoy to Yemen. According to Mansour Saleh, deputy of the STC’s media department, the agreement is the fruit of tireless efforts by the UAE and Saudi Arabia.

“We look on this agreement positively and optimistically as it has achieved a set of demands that we have repeatedly call for,” Mr Saleh said and added that power-sharing deal aimed at achievement peace and stability in the region.

The statement added that the UAE forces would resume, jointly with their allies, their fight against terrorist forces in South Yemen and other regions.

Meanwhile, Saudi Arabian forces have arrived in Aden over the last few days to replace UAE troops. They will be in charge of securing the city and its nearby maritime, and combating terrorism alongside the Yemeni forces previously trained by Abu Dhabi.

The UAE’s central command said in a statement released on state news agency WAM on Wednesday that their forces had completed the handover process.

“Some troops will remain in Hodeidah to take part in the antiterrorism operations,” Col Wathah Al Dubiash, spokesperson of the joint forces in port Hodeidah, said.