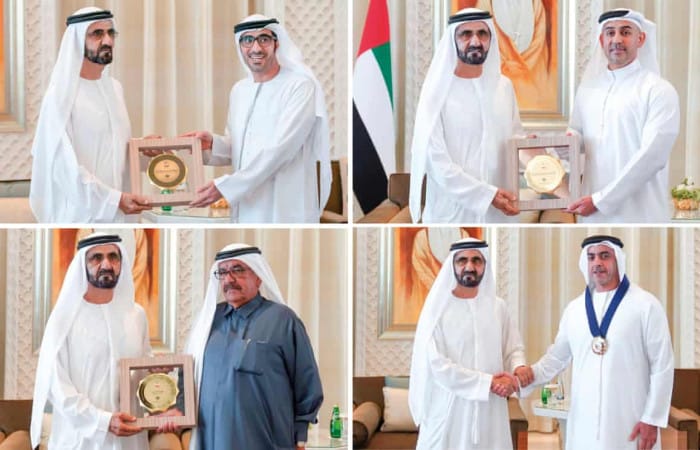 The UAE’s annual awards went to the finance ministry, the federal competitiveness and statistics authority and ministry of human resources respectively, which were all represented by male awardees. The country was mocked for gender imbalance when it is about business achievements, Guardian reported.

In the United Arab Emirates, the annual ceremony showed the overall gender gap when Sheikh Mohammed bin Rashid Al Maktoum was shown congratulating the recipients of Best Personality Supporting Gender Balance, Best Federal Authority Supporting Gender Balance, and Best Gender Balance Initiative. Dubai’s ruler’s press office received an immediate feedback from all over the world. Thousands Twitter users suggested women absence from the ceremony because there were no photo of Dubai’s sheikh with a woman.

The ruler insisted women were “central to shaping the future of the country” but prefrred to award men only.

Later, a tweet from the official Dubai media office appeared. “We are proud of the success of Emirati women and their role is central to shaping the future of the country,” it reads. Sheikh insisted that gender balance has become a pillar in UAE government institutions as well.

The UN Development programme report found that by 2015, 135,000 Emirati women participated in the labour market, compared with just 1,000 in 1975, and 43% of women now hold bachelor’s degrees, compared with 23% of men. In fact, the UAE is experiencing lack of qualified women on the labour market. At the same time, according to the UNDP report, there is reduction in the gap with regard to legislators, senior officials and managers, counterbalanced by a widening overall wage gap.