UAE plans to close the gender gap in the workplace 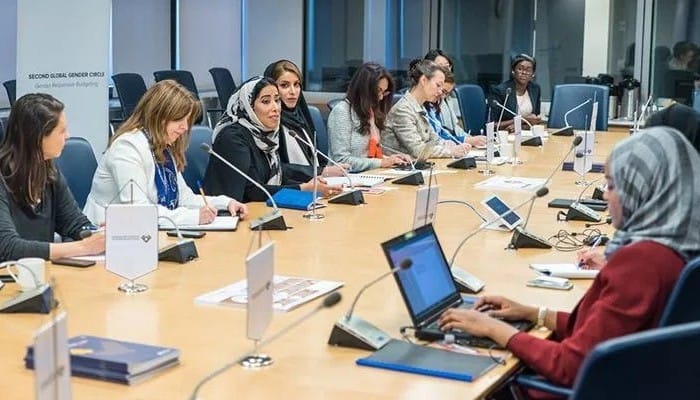 The United Arab Emirates are going to close the gap in the workplace for every working woman, Sheikha Manal bint Mohammed bin Rashid Al Maktoum and The Gender Balance Council reveals it is focusing on “gender-responsive budgeting”.

UAE confirmed that the country is on the big push for gender equality over the next few years, the recent events in Saudi Arabia triggered the strengthening the gender balance in the Middle East region. HH Sheikha Manal bint Mohammed bin Rashid Al Maktoum discussed this important issue with the President of the UAE Gender Balance Council, while HE Mona Al Marri met with Vice President of the UAE Gender Balance Council. Both powerful women highlighted the importance of the further close the gender gap in the country, first of all, UAE needs gender-responsive budgeting.

In recent years, the nation has seen the introduction of a gender balance guide for companies, improved maternity leave for government workers. The formation of a Gender Balance Council became a milestone, it held its meeting in the US this week, during the discussion where HH Sheikha Manal bint Mohammed bin Rashid Al Maktoum was presented, the women revealing some of its achievements.

The next step for the Council is to take part in an upcoming International Monetary Fund-hosted Global Gender Circle session.

UAE moves toward women’s integration in the workforce

The women in the UAE represent 46.6 percent of the workforce and 66 percent of public sector workers. Moreover, 30 percent of above mentioned 66 percent are in leadership roles. The UAE council—which launched the Global Gender Circle earlier this year—is currently working towards the implementation of gender-responsive budgeting on a federal level, which will be a significant move for the country, said HE Mona Al Marri.

The UAE Gender Balance Council was launched in 2015 by HH Sheikh Mohammed to help achieve gender balance in decision-making roles, and position the Emirates as a role model in gender balance.