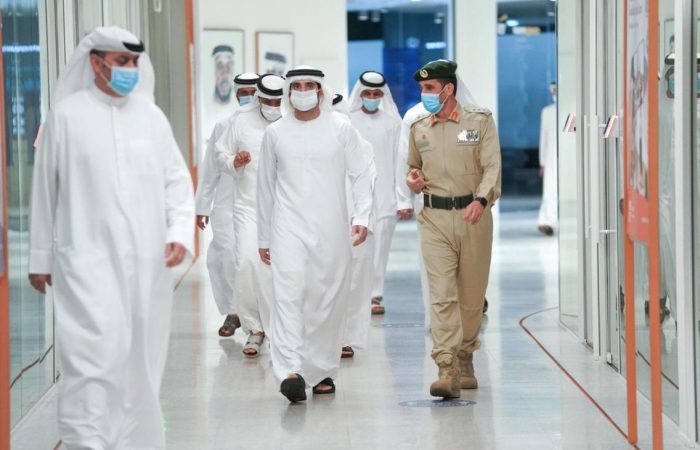 Dubai Police Academy has turned another page in its history when welcome women to be the cadets. Commenting on the historical move, sheikh Hamdan proudly said the support of the country’s leadership has helped Emirati women showcase their skills and abilities.

The United Arab Emirates promotes the participation of women in all aspects of work and education, on both the regional and international stage. As The National says, Crown Prince of Dubai was on hand to offer his congratulations to the team of trail-blazers for taking on the mantle of “serving and protecting the nation”.

This week, Sheikh Hamdan congratulated the first female cadets of the Dubai Police Academy. The royal also attended the landmark graduation event for the 29 cadets from the landmark 2020 class alongside Lt Gen Abdullah Khalifa Al Marri, commander-in-chief of Dubai Police and other senior officers.

For the UAE, empowering women is a priority. The latest recruits to Dubai Police’s ranks have completed four years of training to successfully earn their stripes.

“We are proud to witness the graduation of the first batch of female cadets who have taken on the task of serving and protecting the nation and ensuring the safety and security of its people,” Sheikh Hamdan added.

The Emirati royal congratulated the cadets on graduating from the Dubai Police Academy with distinction. He also commended them on winning local and regional sports championships.

According to Sheikh Hamdan, since the first woman was recruited by Dubai Police in 1967, women have excelled in various roles in the police force. They have demonstrated their distinction in administrative, field, military, and applied science capacities.

In the new century, the Emirati authorities are happy to honour these cadets who have made the best of the opportunities made available by the Dubai Police Academy in the first such course offered in the Arab world.

“Their success is an immense source of pride for us and vindicates the UAE’s efforts to enhance women’s empowerment and ensure a high ranking for the country in global gender balance indexes,” the sheikh said with pleasure.