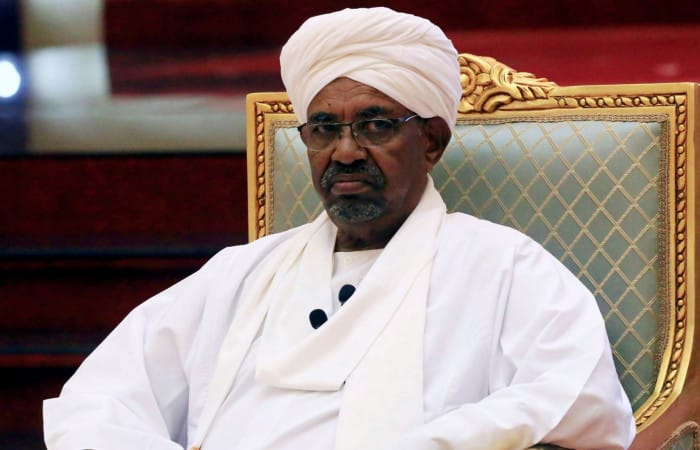 Former Sudan’s president who was ousted from his country is wanted by the court in The Hague for multiple crimes against humanity, the ICC warrant reads. Despite this indictment, Uganda is ready to consider an offer of asylum to the arrested ex-President.

Omar al-Bashir is moved to prison from a guarded presidential residence, while the International Criminal Court (ICC) has charged him of murder, extermination, torture and rape, among other crimes against humanity committed in the Darfur region in the 2000s. The Darfur conflict resulted in a refugee crisis that affected several countries in the surrounding region as more than a million people fled their homes.

Meanwhile, neighbouring Uganda considers an offer of asylum for ousted Sudan president despite an indictment for his arrest by the ICC and the investigation, which promises to take several years.

Okello Oryem, Uganda’s foreign minister, confirmed: “Uganda would not be apologetic at all for considering an application by Bashir.”

Since April 11, when the longtime Sudanese ruler was removed by the military after sustained street protests by crowds of people in Khartoum.

According to the Transitional Military Council (TMC), Sudanese officials said al-Bashir had been moved from a “safe place” to Kopar Prison on Wednesday morning, fulfilling one of the protesters’ demands.

The ICC says in its indictment: “A core component of that campaign was the unlawful attack on part of the civilian population of Darfur.” For Uganda, an ICC member state, an offering of asylum to the arrested Bashir looks strange and illogical. According to the agreement, each and ever ICC state obliged to hand over anyone who enters their territory who is under indictment.