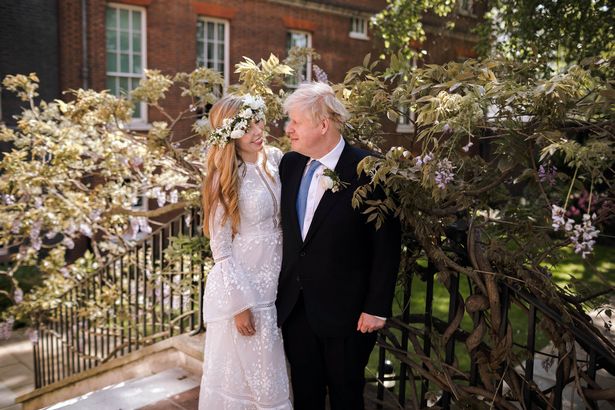 The British prime minister got a new status, a married man. Boris Johnson and his fiancee Carrie Symonds were married in a private ceremony Saturday

Boris Johnson becomes the first UK head of the government to get married while in office in almost 200 years. The couple wed at the Westminster Cathedral with just a handful of friends and family present.

A “secret ceremony” took place on Saturday, according to an announcement from Johnson’s Downing Street office. The couple who had a child wed at the Roman Catholic Westminster Cathedral in London with a small group of friends and family present.

Amid pandemic and crisis, the development comes as a surprise, many supposed to believe that the ceremony will be “so secret even top aides didn’t know about it.” However, Boria and Carrie preferred to tie a knot despite the chaos around them.

Under current COVID-19 restrictions in England, weddings are limited to 30 guests, Deutsche Welle has learned.

UK: first nuptials for a sitting PM in 200 years

Symonds joined the Conservative Party as a press officer in 2009 and later campaigned for her future husband in the 2010 mayoral selection for the party. She became the party’s head of communications in 2018, before relinquishing the position later the same year.

Johnson and Symonds announced their engagement at the end of February 2020 and have a son together, 1-year-old Wilfred. The pair were due to get married in 2020, but like so many others, had to postpone their plans due to the pandemic.

Johnson is only the second British prime minister to marry while in office, and the first in nearly two centuries, with Robert Jenkinson tying the knot while he was PM in 1822.