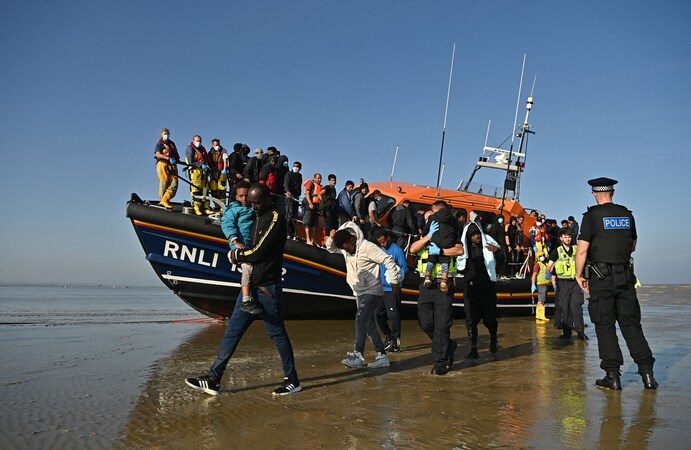 The UK intends to turn back small migrant boats crossing the English Channel, as an influx of arrivals of undocumented refugees this week sparked another war of words between France and Britain.

The French interior ministry warned the UK not to attempt any action that was contrary to international law, saying there would be “consequences” if it refused to hand over the cash. Meantime, British Border Force staff are being trained to employ “turnaround” tactics that force boats back into French waters.

It is still unclear whether the measures included taking migrants back to French shores. The UK would only push boats back in very certain, narrow circumstances.

The decision comes as Home Secretary Priti Patel met with her French counterpart, Gérald Darmanin, in London on Wednesday. Following the results of a meeting, ties between the two nations will be strained, The Washington Post reports.

In its efforts to control the migrant issue, the Home Office confirmed that it was working on legal and safe means to deter migrant boats from crossing the Channel. However, there are significant legal questions about Britain’s ability to return undocumented migrants to France after the country left the EU bloc this year.

Meantime, the war of words has started again, London says that Brexit doesn’t mean that Britain has left the international community. “This suggestion tears apart the U.N. Geneva convention giving the right to everyone to apply to any country for asylum,” Patel added.

Calais remains a congregation point for migrants hoping to cross the English Channel, more than four years after French authorities demolished a sprawling migrant camp there that had become a squalid symbol of Europe’s failure to manage waves of migration. The migrants included people fleeing war-torn areas and seeking refuge on European shores.

Darmanin, the French interior minister, has previously called for European air surveillance to help stem the flow of clandestine migration from other parts of Europe. During a visit to Calais in July, he told reporters that about 60 percent of migrants come to France from Belgium.