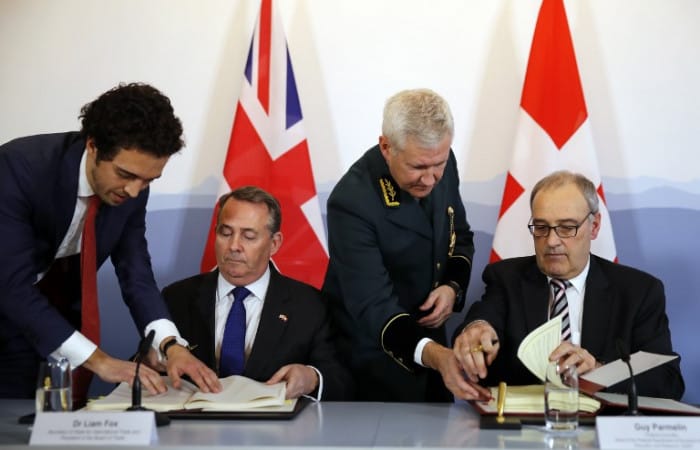 The UK and Switzerland have signed the agreement aimed to preserve trade relations between the two countries, The Local Switzerland reported on Monday. According to the deal, even if London opts to leave the European Union, its economic ties with Alpine nation will remain the same.

In case of leaving the EU without a deal, Swiss business will not suffer from it, reads the UK-Swiss deal signed by British international trade secretary Liam Fox and Swiss Economy Minister Guy Parmelin on Monday. Both European states preferred to formalize their economic and trade relations via the bilateral trade agreement.

The new deal lays the foundations for the two parties to continue their sound economic and trade relations once the United Kingdom opts to leave the European bloc, reads the Swiss government statement. The text also includes the para about the bilateral agreements between Switzerland and the EU will continue to apply to the UK until the end of the transition period.

the UK is currently one of Switzerland’s biggest trading partners, and in the case of a “no-deal” Brexit, those agreements will no longer apply to Swiss-British relations, and the new bilateral trade agreement between the two countries will kick in.

“Should the United Kingdom leave the EU on 29 March without a deal, the agreement will come into effect on a provisional basis from 30 March 2019,” the government statement said.

The Swiss government is pursuing a strategy tagged “Mind the Gap”, which is intended to stabilize British ties after Brexit. the countries have also signed a deal to preserve the rights of some 43,000 British nationals living in Switzerland and the 35,000 Swiss residing in Britain after Brexit. the experts say it is the most satisfactory state of affairs, taking into account the current unstable situation in Europe.