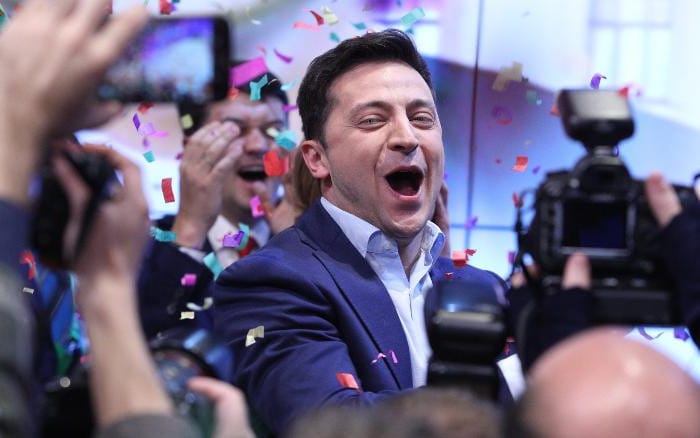 Ukraine’s President-elect Volodymyr Zelensky has inherited a very dangerous situation in the country. As the BBC understood, the young national leader who has no political experience at all will be manipulated by Vladimir Putin, a master of political chess.

While Ukraine has elected a new President, Russia shows no sign of ceding Crimea, which it annexed in 2014. Moreover, for Ukraine, the relations with Russia is the top priority at the moment. Eastern part of Ukraine is reportedly under the sway of Moscow’s proxies, and that situation makes Ukrainians very depressed.

“There are chances to improve Ukraine’s interaction with our country,” Russian Prime Minister Dmitry Medvedev commented on the choice of the Ukrainian people on Facebook. “What is needed for this? Honesty. And we need a pragmatic and responsible approach.”

According to the observers, with a new inexperienced President, Ukraine could be quickly returned to Russia’s orbit of influence. Probably, Ukraine and Russia have to revive the normal neighbouring relations after Zelensky’s landslide victory? Beyond offering Ukrainians an outlet for a protest vote, it’s not yet clear what policies Volodymyr Zelensky will pursue.

Kremlin spokesperson Dmitry Peskov said that Zelensky’s victory is obvious (Mr Zelensky, a popular comedian, won with 73% of the vote on Sunday), however, Moscow will only be able to judge this on the basis of actual deeds by Ukrainian President elect.