Ukrainian An-26 crashed in Zaporozhye region 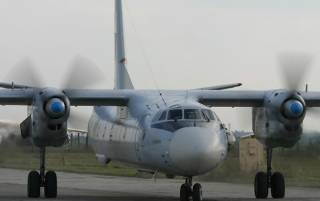 According to the regional military administration, today it was reported that a Ukrainian AN-26 crashed in the Volnyansky district of the Zaporozhye region. Unfortunately, there is one dead.

“This morning, an An-26 plane crashed in the Volnyansky district of the Zaporozhye region. The aircraft was performing a technical flight,” the authorities say.

The cause of the incident is not yet known, but the Ukrainian media excludes that the AN-26 was shot down on purpose. It is likely that the cause of such an accident was a technical malfunction of the aircraft. This position is very surprising, because since the beginning of the military operation in Ukraine, which began on February 24, almost 2 months ago, any incidents and emergencies of this kind are “pushed” onto the Russian troops. Despite the fact that often there is no evidence of the participation of Russia. The investigation has just begun, the cause, of course, will be investigated.