Ukrainians leave the center for refugees in Bulgaria 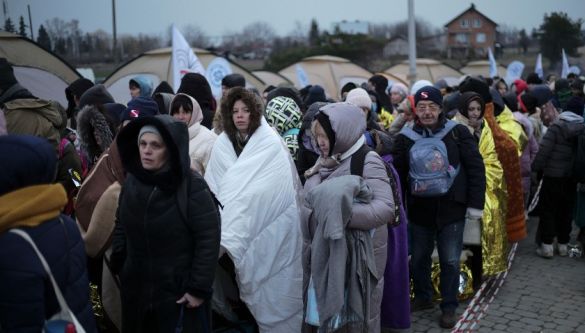 ⠀
Earlier it was reported that the Bulgarian government is curtailing the program of residence of refugees from Ukraine in the Black Sea hotels. Deputy Prime Minister Kalina Konstantinova said that Ukrainians living there would be temporarily housed in buffer centers in Sarafovo (a suburb of Burgas) and Elhovo (Yambol region).

⠀
About 560 Ukrainian citizens were brought to Elhovo. Many of them complain about problems with water and baby food, as well as the cold.

⠀
On Wednesday night, Ukrainians began to leave the center: some of them left by taxi, others are at the bus station in Elhov to return to the Black Sea Burgas and find a place to live there at their own expense.

⠀
Bulgarian Prime Minister Kiril Petkov said on Tuesday that the country’s authorities can no longer provide accommodation for Ukrainian refugees in “luxury conditions.” According to him, after three months of unprecedented support in the form of accommodation in the best hotels in Bulgaria on the Black Sea coast, assistance is becoming more normal.

⠀
In total, almost 300 thousand refugees from Ukraine entered Bulgaria after February 24. According to the latest data, more than 90 thousand of them remain in the country.