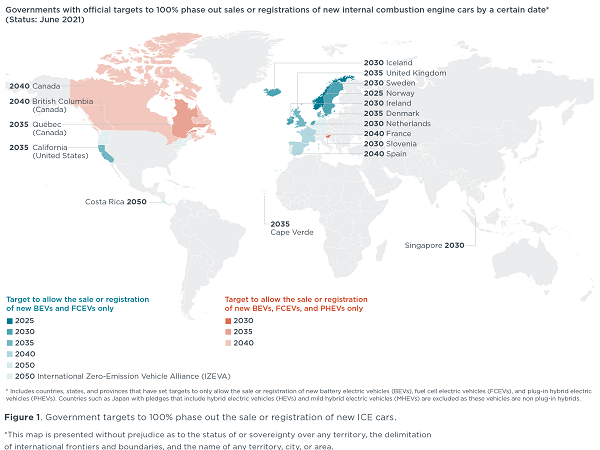 The United Nations Secretary-General Antonio Guterres believes that targets like preventing global warming require a more active position. In his address at the Global Sustainable Transport Conference in Beijing, the top diplomat expressed hope for cooperation between the International Civil Aviation Organization (ICAO) and the International Maritime Organization (IMO).

Antonio Guterres said that climate goals set at the ICAO and IMO, which sit under the UN umbrella, are consistent with more than 3C of global warming. UNSG has called on Thursday for international transport targets to be radically strengthened, in line with the Paris Agreement stretch target to limit global warming to 1.5C.

“Transport, which accounts for more than one-quarter of global greenhouse gases, is key to getting on track. We must decarbonize all means of transport, in order to get to net-zero emissions by 2050,” Guterres added.

As the top diplomat said, member states have made some initial steps through the IMO and ICAO but there are many other challenges. To address CO2 emissions from transport, current commitments “are not aligned with the 1.5-degree goal of the Paris Agreement. In fact, they are more consistent with warming way above 3 degrees”.

He then made three specific calls: for the phase-out of production of polluting road vehicles by 2035-2040, for shipping to be zero emissions by 2050 and for aviation’s emissions per passenger to reduce 65% by 2050.

Peter Nuttall, from the Micronesian Center for Sustainable Transport, said that the zero carbon by 2050 proposal “has gone from dark horse to obvious choice”.

The UN chief said that “companies must start using sustainable aviation fuels (SAFs) now” to reduce their carbon print rather than offsetting it.

Julia Poliscanova, Transport and Environment’s vehicles expert, said: “Broadly this call is very welcome. But from the global climate perspective and taking the lifetime of cars into account 2040 is too late”.

The biggest producers of vehicles in 2021 were China, the US, Japan, South Korea, Germany and Mexico.