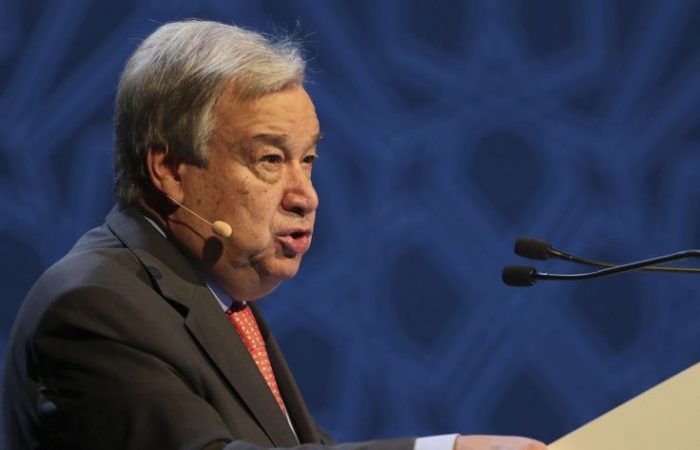 UN Secretary-General urged the African states to fight with corruption, terrorism and climate change. All these issues are crucial for the development, safety and future prosperity of the nations, ANI News reported.

In his speech during a Security Council debate, Antonio Guterres stressed that terrorism remains a threat across the African continent. Terrorism and organized crime have serious implications for peace and security, that is why so important use the preventative measures. The diplomacy, conflict prevention and resolution in Africa are highly appreciated.

According to Gutteres, Africa is full of terrorist nests. In the Sahel, the fighters regularly attack local and international security forces. The violence is spreading to coastal states along the Gulf of Guinea as well. In Nigeria, Boko Haram doesn’t stop to terrorize local communities and attacking security forces. Even the Multinational Joint Task Force is not able to stop the Nigerian terrorists.

«We are seeing terrorist networks across Libya and North Africa, stretching through the Sahel to the Lake Chad region, and present in the Democratic Republic of the Congo and Mozambique,» Guterres added.

Talking about the North African states, the UN chief also warned that the impact of the crisis in Libya. that problem is too deep, a full-scaled crisis is growing and spreading throughout the region.

The UN Secretary-General urged to support the African Union’s peacekeeping missions, the joint military force of five Sahel states, and the multinational task force against Boko Haram in Nigeria.

Of course, in comparison with a direct danger to human lives, climate change looks not so serious. But Mr Guterres said climate crisis is another vital preventive measure as climate-related risks.

Its inevitable consequences like droughts, floods and changing rainfall patterns often intersect with the political, social and economic crisis.

«We must urgently reduce emissions to prevent catastrophic consequences for sustainable development and security across Africa, and step up support for the countries most affected,» Guterres stressed.

For Africa, it is hard to underestimate the importance of sustainable and inclusive development, the UN boss said. That’s why the most effective way to address the crisis is to prevent its underlying causes — conflict, extremism, and terrorism.

The UN strongly supports the African Union’s ‘Silence the Guns 2020’ initiative as a basis for advancing peace and security and offering a safer and better future, he said.

«We owe these Blue Helmets our strong and united support, through robust funding and strong mandates,» the UN chief said.