UN envoy disappointed with the latest Syria talks’ round 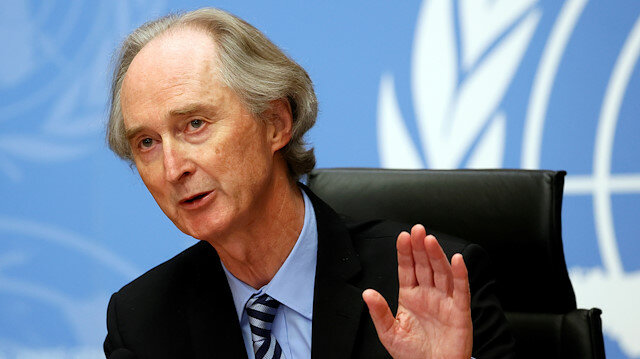 The UN Syria envoy Geir Pedersen expressed his disappointment with the results of the five-day talks on Syria. The diplomat said that the peace negotiations cannot continue in such a manner, Yeni Safak has learned.

Commenting on the latest round of the peace talks, the UN special envoy on Syria said they were a disappointment. The UN official was facilitating the five-day talks of the 45-strong Syrian Constitutional Committee.

After the week-long talks ended, the schedule of a new round remains uncertain, Pedersen claimed. “I gave a statement to all 45 committee members. I think it’s fair to say it was an open, frank, and direct assessment of where we are.

As Pedersen reiterated, this week has shown that such an approach is not working. The diplomat said he expects to address the UN Security Council on Feb. 9 and speak to the Bashar al-Assad regime after.

The opposition group said it had offered a set of constitutional recommendations for discussions on the fourth day of negotiations expecting opposition from the government side.

During the talks, the sides have been talked about the state of law, judicial authority and independence, and other issues regarding group and personal freedoms in Syria.