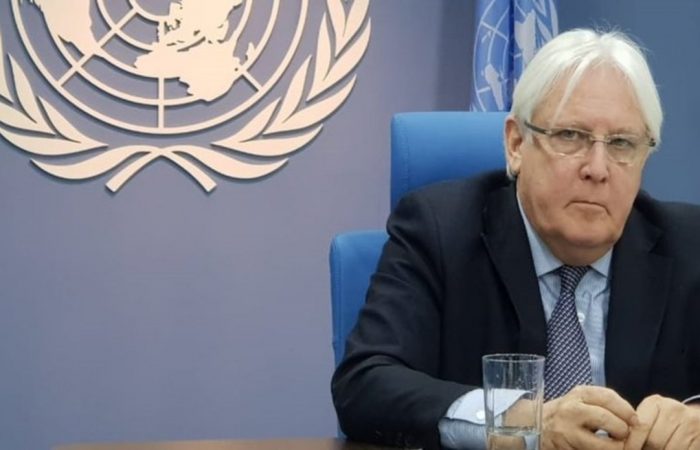 The Southern Transitional Council’s (STC) declaration became not too good news for the United Nations envoy to Yemen Martin Griffiths. The top diplomat has expressed on Monday his “disappointment” with the intention of self-rule in southern Yemen.

Following the STC’s statement on self-rule in Yemen, the UN envoy called for the immediate implementation of the Riyadh Agreement.

“The latest turn of events is disappointing, especially as the city of Aden and other areas in the south have yet to recover from flooding and are facing the risk of COVID-19,” Griffiths’s statement reads.

The UN diplomat also called for expediting the implementation of the Riyadh deal, with the support of the Coalition led by Saudi Arabia, aawsat reported on Tuesday.

Mr Griffits also reiterated that the success of this pact should deliver benefits to the people in the south part of Yemen, particularly in terms of improved public services and security.

“Now, more than ever, all political actors must cooperate in good faith, refrain from taking escalatory actions, and put the interests of Yemenis first”, the UN envoy stated.

In fact, the Riyadh Agreement provides for the participation of the STC in consultations on the final political solution to end the conflict in Yemen and serving the interests of Yemenis nation-wide. The statement on STC’s self-rule reflects none of those paras, indeed.

Brussels also expressed its rejection of the STC announcement, said Peter Stano, spokesman for Foreign Affairs and Security Policy. The EU’s statement to reporters considered the STC’s move as an impediment to UN efforts to reach stability and peace in Yemen.

Mr Stano reminded that in November, the certain agreement was already reached in Saudi Arabia. That deal aimed at helping to reduce the escalation in Yemen, so, the international community now calls on the Yemeni government and all parties to implement all terms of the peace agreement.

As Peter Stano stressed in the EU’s statement, the STC’s move definitely «will bring problems and obstacles to the United Nations efforts to reach peace and stability in Yemen.»