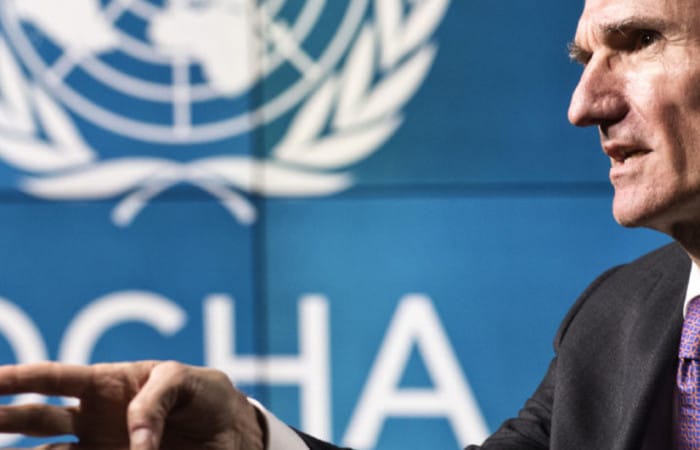 The UN humanitarian chief warns that famine in Yemen becomes bigger than anything any professional in this field has seen during their working lives.

In Yemen, a half of the population completely relying on humanitarian aid for survival, said Mark Lowcock in his address the Security Council on Tuesday. the UN Undersecretary-General for Humanitarian Affairs added that «there is a clear and present danger of an imminent and great big famine engulfing Yemen.»

According to the UN experts, the current situation in Yemen is not only dangerous but much graver now. The United Nations last warned of a risk of famine in Yemen twice: at the beginning of 2017 and again last November. The Yemeni government has no resources to prevent the famine, the country is completely dependent on international aid.

Last year, the United Nations were able to provide aid to three million hungry Yemenis but now the scale of the problem has significantly raised. According to Mr Lowcock, up to eight million people in September were waiting for food from the international community.  Last month’s UN estimate that 11 million people could soon face «pre-famine conditions» actually stood closer to 14 million — about half of Yemen’s population.

The fighting around the key port city of Hodeidah makes the situation worse day to day, Lowcock said.

«Fierce clashes continue in Hodeidah, including intense fighting, shelling and air raids in Hodeidah City over the last several days,» he added.