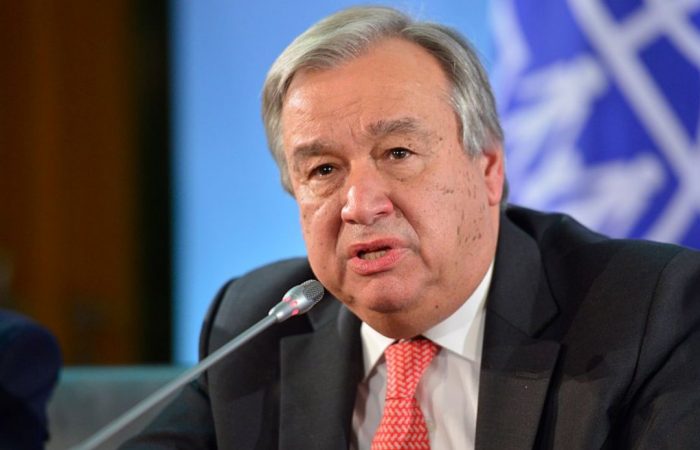 UN Secretary-General Antonio Guterres has announced the new — global -plan on how to respond effectively to COVID-19 challenge. The $2 billion humanitarian response plan aimed at helping to fight pathogen in the world’s most vulnerable countries, Xinhua News Agency reports.

The UN chief confirmed that COVID-19 is the menace for the whole of humanity, and the response to it also should be global. The two-billion-dollars plan is able to help the poorest nations to curb the virus, taking into account that individual country responses are not going to be enough.

Commenting on the global response plan, Guterres said at the launch, a virtual event, that the UN plan is the moment to step up for the vulnerable.

«We must come to the aid of the ultra-vulnerable – millions upon millions of people who are least able to protect themselves. This is a matter of basic human solidarity. It is also crucial for combating the virus,» UN chief said

According to the UN, the plan will be implemented by its agencies in the partnership with nongovernmental organizations (NGOs) playing a direct role in the response, said Mark Lowcock, the UN undersecretary-general for humanitarian affairs.

UN to help in coronavirus fighting in the poorest nations

As Mr Lowcock noted, the global UN plan will deliver essential laboratory equipment to test for the novel pathogen, and medical supplies to treat patients; install hand-washing stations in refugee camps and settlements.

The $2 billion plan also includes launch public information campaigns on prevention; and establish air bridges and hubs across Africa, Asia and Latin America to move humanitarian workers and supplies to where they are needed most.

The COVID-19 global humanitarian response plan brings together requirements from the several UN bodies such as WHO, the Food and Agriculture Organization, the International Organization for Migration, the UN Development Program, the UN Population Fund, UN-Habitat, the UN Refugee Agency, and the World Food Program.