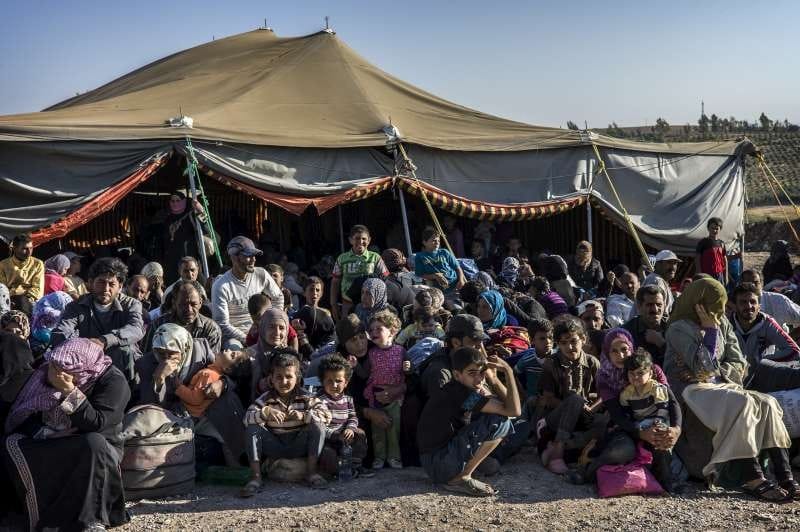 The UN reports on the thousands of women, men and children who gathered on the border between Jordan and Syria. The refugees are stranded at that unsafe area where air attacks were reported over the past few days, Aljazeera reported.

On Monday, the United Nations deputy spokesman Farhan Haq confessed that some Syrian people are reportedly attempting to leave the area. Mostly women and children prefer to risk their lives to avoid to stay at danger and deprivation in ‘an inhospitable desert location’.

Airstrikes causing fear and panic are also a danger to almost 50,000 in the Hadalat and Rukban refugee camps. According to Mr Haq, those remaining in the berm, face a scarcity of food and healthcare, about 4,000 people are living solely on flour and water and the entire situation is getting worse day by day.

Syria and allies captured a key area along the Jordan border

The Syrian Armed forces captured a key area along the Jordan border last Thursday when government soldiers and their allies closed major smuggling points used by ISIS rebels. From those clandestine, ISIS fighters used to bring weapons and fighters from Jordan into Syria.

According to Syrian state TV,  Assad troops captured an area of 1,300 square kilometres in addition to some strategic hills. UN spokesman Haq told journalists on Monday that UN agencies “are deeply concerned about the security and protection” of the nearly 50,000 people stranded at the border.

The international community should take the necessary steps to prevent further harm to the vulnerable civilian population stranded at the border, most of them are children and women. With the help and coordination of several UN agencies, the international community is continuing to support daily life of the refugees and to assist Jordanian authorities in provide protection and additional life-saving assistance as needed.