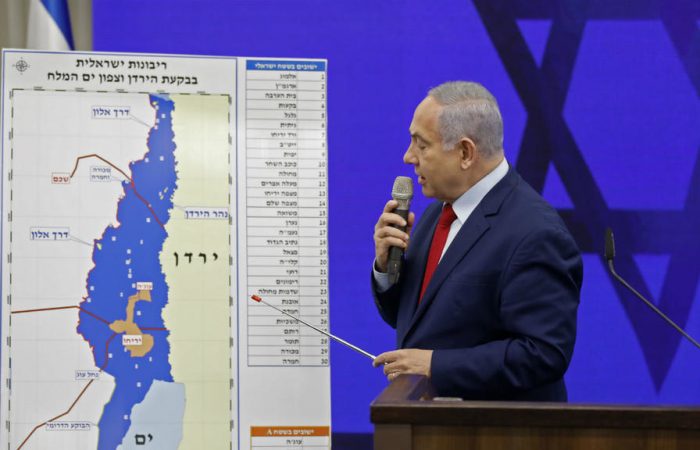 Israeli PM’s plan to annex Jordan valley was criticized by both Jordan and Saudi Arabia. The Palestinians labelled the move as illegal, and the United Nations have supported them, saying this measure would destroy any chances for future peace talks.

“The Secretary-General is concerned by Israeli Prime Minister [Benjamin] Netanyahu’s statement declaring his intention, if elected, to annex the Jordan Valley and northern Dead Sea as a first step to applying Israeli sovereignty over all settlements and other areas in the occupied West Bank,” UN’s statement reads.

According to the UN spokesperson, the Israeli PM’s plan would not only constitute a breach of international law but devastates the potential peace talks. In fact, Netanyahu’s plan just undermines the fragile balance in the region as well as the viability of a two-state solution.

Benjamin Netanyahu said on Tuesday that Israel will impose its sovereignty on the Jordan Valley and other settlements in the occupied West Bank if he wins next week’s Israeli election. Such a measure made Russia, a UNSC member, express its serious concerns if the plan will be implemented.

Since 1967 UN resolutions, the international law views both the West Bank and East Jerusalem as “occupied territories” and considers all Jewish settlement-building activity there illegal.

Roughly 70,000 Palestinians, along with some 9,500 Jewish settlers, currently live in the Jordan Valley — a large, fertile strip of land that accounts for roughly one-quarter of the West Bank.

Israel claims the valley is vital to its security and has consistently rejected the notion of relinquishing any part of it in any future settlement with the Palestinians.

Some 650,000 Israeli Jews currently live in more than 100 settlements built since 1967, when Israel occupied the West Bank and East Jerusalem.

The Palestinians see these territories, along with the Gaza Strip, as integral for the establishment of a future Palestinian state.