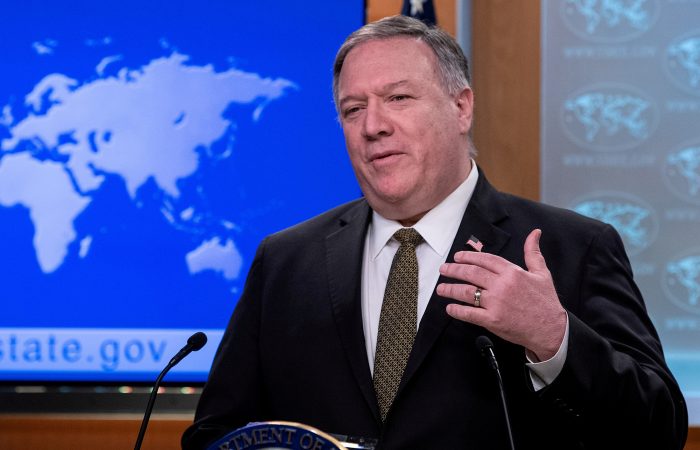 After the United Nations Security Council has rejected the US proposal to extend an arms embargo on Iran, Mike Pompeo criticized member states for their lack of support.

As UPI reported on Saturday, The Dominican Republic was the only nation to support the proposal in the security council vote late Friday. Both Russia and China voted against the White House resolution while the rest of the council members abstained.

«The Security Council’s failure to act decisively in defense of international peace and security is inexcusable,» the U.S. Secretary of State said in a statement.

In June, the top US diplomat told the UNSC that the US resolution to extend the arms embargo on Iran had support from other members. In fact, the embargo is due to expire in mid-October as part of the 2015 nuclear deal. Lobbying that issue, the US Secretary of State added that Tehran could otherwise become a «rogue weapons dealer.»

The US defends the idea of embargo’s extention

In 2015, the US, France, Britain, China, Russia and Germany originally negotiated the nuclear agreement, known as the Joint Comprehensive Plan of Action (JCPOA), with Iran. But President Trump withdrew from the nuclear deal four days before a deadline to re-certify the 2015 pact, calling it «defective at its core.»

The nuclear deal lifted economic sanctions on Iran in exchange for the country limiting its nuclear program, and withdrawing from the deal allowed the United States to reimpose those sanctions.

Since then, Iran has retaliated by restarting nuclear activities banned under the agreement. Meanwhile, the JCPOA has an algorithm that allows parties to its deal to «snap back» Washington sanctions on Iran.

Following the lack of support of the arms embargo resolution, US officials have said they will argue that the White House is still technically a party to the agreement and entitled to snap back sanctions on the Middle Eastern nation.