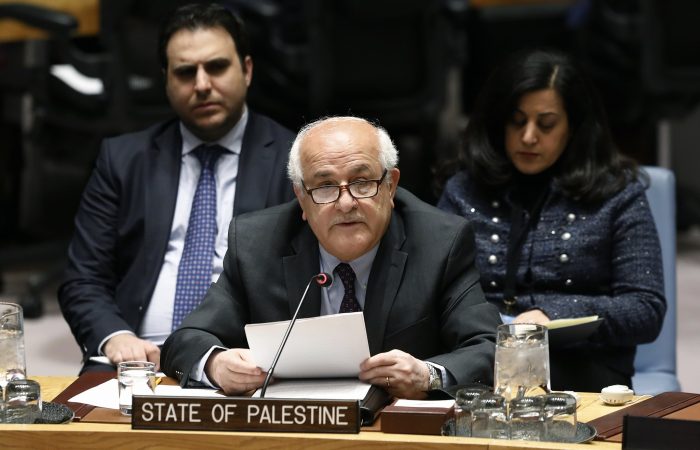 The UN concern the dangerous situation in Palestine where people unable to access much-needed care due to the combined impact of corona infection and an ongoing dispute between the Palestinian Authority and Israel.

Nickolay Mladenov, the UN’s special representative for the Middle East, announced that a “temporary arrangement” to be managed by the World Health Organization (WHO) had been agreed.

Two million Palestinians live in Gaza, and about 2.7 million in the West Bank. Gaza has been through three wars with Israel since 2008 and is subject to what the UN calls a blockade by Israel, including strict restrictions on movement.

The international health body will temporarily step in to help Palestinians who need medical treatment outside Gaza leave the enclave, in a change that could help thousands of patients.

On Tuesday, the WHO announced it takes over the process of facilitating travel permits. All Palestinian residents of Gaza and the West Bank require permits if they need to travel for medical care either to Israel or occupied East Jerusalem, and those in Gaza need for the West Bank.

Palestine medical structure is too poor to cope with the coronacrisis

The Palestinian medical infrastructure is poor, especially in Hamas-run Gaza, forcing patients in need of specialised care to seek it elsewhere. That means acquiring a permit, which became increasingly difficult in March due to COVID-19-related travel restrictions.

If the new WHO agreement goes ahead successfully, it should provide some relief for people. In fact, the Palestinian healthcare system pushes thousands of patients with life-threatening conditions to seek treatment outside of Gaza through an onerous, complex, and opaque permit process imposed by the Israeli authorities.

Authorities in Gaza and the West Bank did not respond to requests for comment, but COGAT, the Israeli body that administers parts of the West Bank and handles border crossings between Gaza and Israel, sent the following statement to TNH:

“The Unit for Coordination of Government Activities in the Territories (COGAT) works tirelessly, in cooperation with all the relevant parties, in the shadow of the halt of coordination by the Civil Committee and following the outbreak of COVID-19 – in order to provide the most appropriate response to the different needs of the residents of the Gaza Strip. We will note that the unit allows, also at these times, an entrance of residents of the Gaza Strip, for life-saving medical treatments. The reduction of movements in [the crossing between Gaza and Israel for] medical-humanitarian cases is done in order to prevent the spread of COVID-19 in the region.”