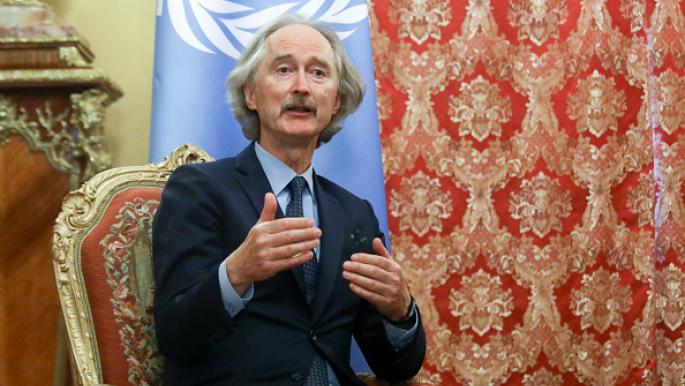 Syrian Foreign Minister Faisal Mekdad scheduled to meet with the UN Special Envoy for Syria Geir Pedersen who travels to the war-torn country this week for a two-day visit, Asharq Al-Awsat reports.

The UN senior diplomat arrived in Damascus on Tuesday for the meeting with the top Syrian diplomat, Faisal Mekdad. On the agenda, the possibility of holding a seventh round of the Constitutional Committee meetings in Geneva.

The meeting is one of the long-awaited events of the year. However, this round possibly could be postponed until after Christmas and New Year’s Eve and possibly until early February. The pandemic makes its correctives in addition to the fragile situation on the Middle East.

Last month, Mr Pedersen said that the discussions in Geneva between representatives of the Syrian regime and the opposition ended without progress, expressing “great disappointment” of the United Nations Organization.

The recent talks took place with 45 members, 15 representing each of the regime, opposition, and civil society, said Pedersen.

“I said to the 45 (members) that I thought this was a disappointment, and I had then afterward a serious round of discussion with the two Co-Chairs, and we agreed that it could not continue like this,” the UN ffcial said at the time.