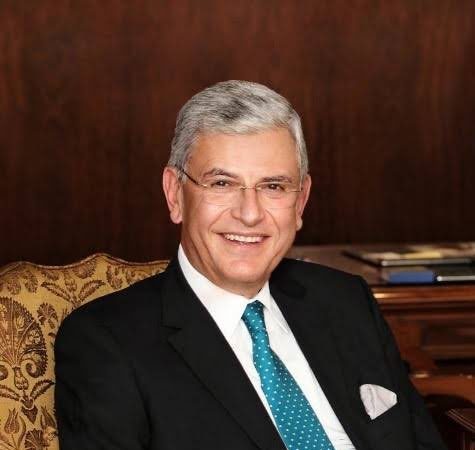 The Turkish diplomat Volkan Bozkir becomes head of the 75th General Assembly, the UN website reported on Wednesday. The veteran diplomat will take office in September and hold the post for one year.

The former Turkish Ambassador Volkan Bozkir was elected the president of the UN General Assembly planned to be held in September in New York. For Turkey, it is a great honour, according to the foreign ministry. Mr Bozkir becomes the first-ever Turkish diplomat who will preside the UNGA.

Currently, Volkan Bozkir is a Justice and Development (AK) Party lawmaker from Istanbul and head of the Turkish Parliament’s Foreign Affairs Committee. Bozkir will take his UN office in September and hold the post for one year.

He was elected to the Turkish legislature in 2011 following nearly 40 years in the foreign service that included posts in Stuttgart, Germany; Baghdad; New York and Bucharest, Romania.

This year he will lead the annual forum as it prepares to convene in some virtual form for the first time in the UN’s 75-year history due to the COVID-19 epidemic.

The 75th UN General Assembly plans to be held as usual

Current General Assembly President Tijjani Muhammad-Bande welcomes the debate on new head of the international assembly, On Monday, he told that the world leaders cannot come to New York because they cannot come «simply as individuals,» referring to the large entourages that accompany them.

In fact, the national leaders are usually accompanied by large delegations as they convene in New York for the annual meetings, a rare opportunity to rub shoulders with fellow leaders from nations worldwide.

The year 2020 is totally different due to the epidemic of the novel virus. Thus, the upcoming UN GA was supposed to be a particularly special gathering with the international body celebrating its 75th anniversary, but with the virus continuing to persist worldwide alternative measures are being adopted.

Commenting on the latest developments, Muhammad-Bande said he hopes to clarify in the next two weeks how the General Debate will take place.