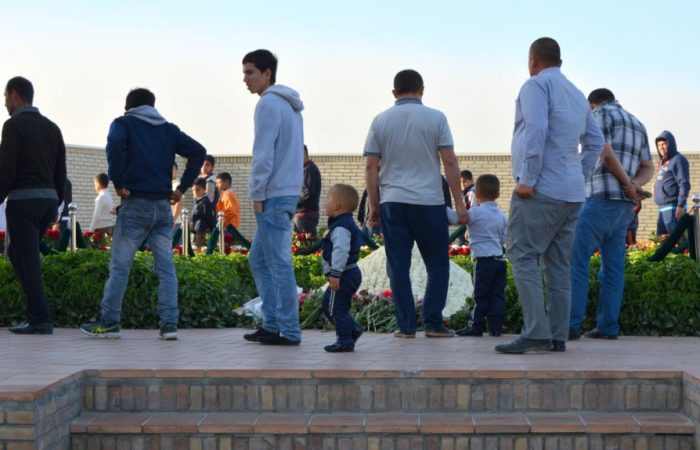 The United Nations Resident Coordinator and the Deputy Prime Minister of Uzbekistan have met on Tuesday to discuss the issues of social protection in the country, UzDaily reports.

The Uzbek parliamentarians, representatives of several ministries as well as UN agencies working in Uzbekistan took part in Tuesday meeting, during which Aziz Abdukhakimov and Helena Fraser shared their results on implementing Sustainable Development Goals (SDG) strategy in the country.

Among the participants were representatives from other UN bodies such as UNICEF, UNDP and ILO. In partnership with government, the UN in Uzbekistan has developed a joint programme on social protection which prioritizes institutional reform and will ensure pilot programmes benefitting people with disabilities.

According to the UN coordinator in the country, in Uzbekistan, UN believes investing in a robust, coherent social protection system. It draws on the best global standards and experience will help Uzbekistan’s ambitious national development agenda «to succeed while protecting the most vulnerable.»

The UN is working towards to reduce and prevent vulnerability in Uzbekistan. Last year, the UN Secretary-General launched a fund to accelerate progress towards SDG around the world. This Fund is a financing mechanism to support countries to deliver on their commitment to ‘leave no one behind.’ The first allocation from the Fund will support initiatives to develop and implement social protection measures.

Across the planet, UN teams in 114 countries worked with respective governments to apply for SDG fund. Only 24 of these teams made it through, and one of them is Uzbekistan, said Helena Fraser, UN Resident Coordinator in Uzbekistan.

The most vulnerable in Uzbek society urgently need support

In Uzbekistan, social protection is extremely week, the UN workers say. In other words, this means that people in need cannot obtain the services or support they are entitled to and don’t even know where to turn to secure their entitlements. Creation of a single body would enable an integrated approach to address the needs of individuals, families and children.

Nowadays, Uzbekistan has invested about 8-9% of its GDP in social protection and committed to SDG targets on social protection. Despite these efforts, the gaps in the system have been growing fast in recent years. Most people with disabilities are not adequately covered by social protection, while two-thirds of eligible low-income families with children not receiving any support.

According to the UN, only 10% of eligible people have access to social allowances and active labour market programmes, and 30% of persons of pensionable age have no access to income security.

The root of the problem is in the lack of integration at policy and institutional levels, sai the UN experts. In Uzbekistan, social protection cannot be effectively provided to any group so far.