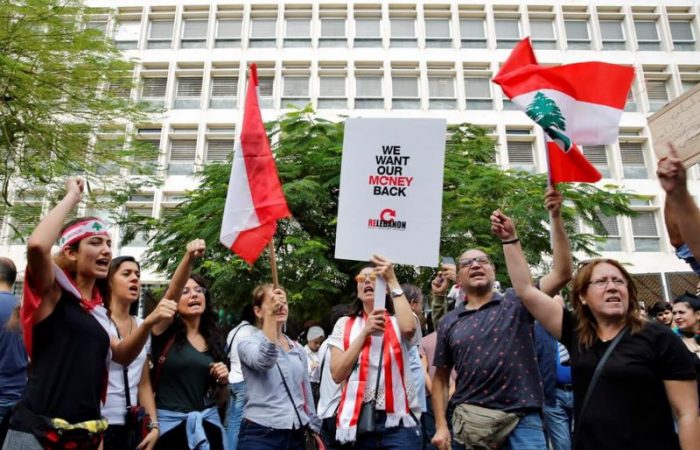 The UN official for Lebanon voices concern over local bank governor’s irresponsible behaviour. As the Arab World reported, Jan Kubis said that the Lebanese politicians are just watching as the economy collapses.

Jan Kubis, UN special coordinator for Lebanon, wrote on his Twitter tat central bank (BDL) governor Riad Salameh had requested extraordinary powers to manage the economy. That could give him extra power to regulate controls being implemented by commercial banks.

“Lebanon is truly unique — the BDL Governor requesting extraordinary powers to at least somehow manage the economy while those responsible watch it collapsing. Incredible,” Kubis wrote in a Twitter post.

In Lebanon, protesters are continuing to rally against the political elite returned to the streets to decry the delay in the formation of a government and deteriorating economic situation.

The demonstrations turned violent when protesters outside the central bank in Beirut clashed with security forces. The activists accuse Salameh of financial policies that have worsened Lebanon’s liquidity crunch.

Lebanon residents fear their deposits are in danger

Over the years, Lebanon is facing its worst economic crisis. Since December, the local currency has lost over 60% of its value, while sources of foreign currency have dried up. That dangerous situation in the bank system poses a threat to the economy. The Lebanese banks have imposed informal capital controls limiting withdrawal of dollars and foreign transfers in the country, which relies heavily on imports of basic goods.

Meanwhile, President Michel Aoun said Tuesday that “obstacles” had prevented the formation of a new government which was expected last week. He said Lebanon was currently paying the price for 30 years of wrong financial policies.

Panic has set in among residents who fear their deposits are in danger. Protests have taken place inside commercial banks over the last few weeks as depositors tried to access their accounts.

In Lebanon, a newly-appointed prime minister Hassan Diab has so far failed to form an emergency government amid political divisions and jockeying for power.