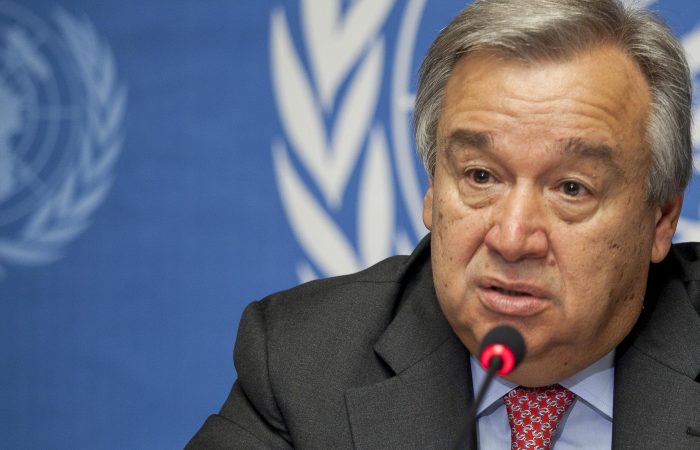 The UN Secretary-General praised the efforts by both Israel and Palestinian militant group Hamas and their ceasefire agreement. Following 11 days of rocket and air attacks, the sides have decided to take a pause.

The ceasefire declared between Israel and Hamas, which have left more than 240 reportedly dead and thousands injured, the majority in the occupied Palestinian enclave of Gaza.

In his statement, Antonio Guterres welcome the wise decision, just a few minutes before the negotiated ceasefire was due to take effect. The top world diplomat also called on both sides to observe the ceasefire

“I welcome the ceasefire between Gaza and Israel, after 11 days of deadly hostilities”, he said, extending his deepest condolences to all the victims of the violence, and their loved ones, across Israel and the occupied Palestinian territories.

Commenting on the ceasefire agreement, Guterres thanked Egypt and Qatar for the efforts carried out. Over recent week, all sides were in close coordination with the UN, to help restore calm to Gaza and Israel.

For the wider international community, it was essential to work with the UN, Guterres said. The coordinated work could help to develop “an integrated, robust package of support for a swift, sustainable reconstruction and recovery, that supports the Palestinian people and strengthens their institutions.”

The UN chief described Gaza as an “integral part of the future Palestinian State” saying no effort should be spared to bring about “real national reconciliation that ends the division.” Hamas has controlled the enclave since winning elections in 2006 and driving our the rival Fatah faction, which holds power in the West Bank.

Asked what he thought the next step should be, the UNSC said that stabilizing the ceasefire was the immediate priority, Scoop Media reports.