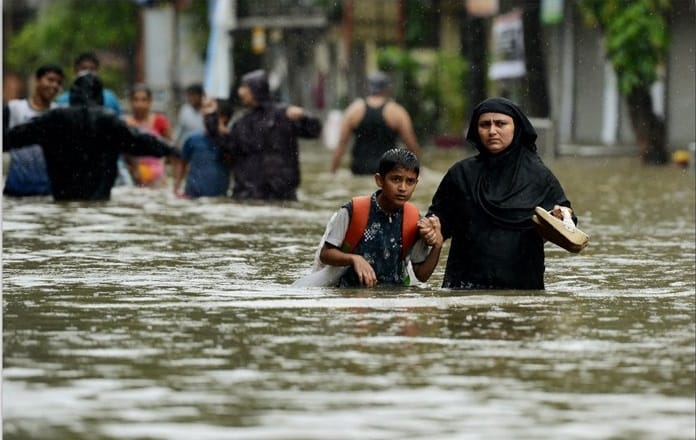 The World Food Program of the UN said that 6.9 million people have been affected by the India monsoon, The natural disaster destroyed more than 580,000 hectares of crop land, more than 1,000 die in floods, say officials.

The emergency situation in India, Bangladesh and Nepal caused by the floods, made the UN agencies supply the food and help in the evacuation of the people who suffered from the monsoon. The worst floods in years have caused more 1,000 deaths, thousands of survivors have lost their homes, possessions, crops.

WFP is giving food to people living in four of the worst-affected areas. In the cities, buses and trains were halted as roads became impassable – the monsoon season is always the toughest time for India and this year’s floods are severe as never before. Many experts link it with the climate changes and harmful anthropogenic activity in the region.

On Wednesday, the weather service is predicting continuing rain through the week, so the Indian emergency services are overload these days.

“Many flood survivors have lost everything: their homes, their possessions, their crops. People need food right now, and the full impact on longer-term food security threatens to be devastating,”

said WFP Representative Christa Räder but people opened their doors to stranded residents and some took to the streets to distribute water and food.