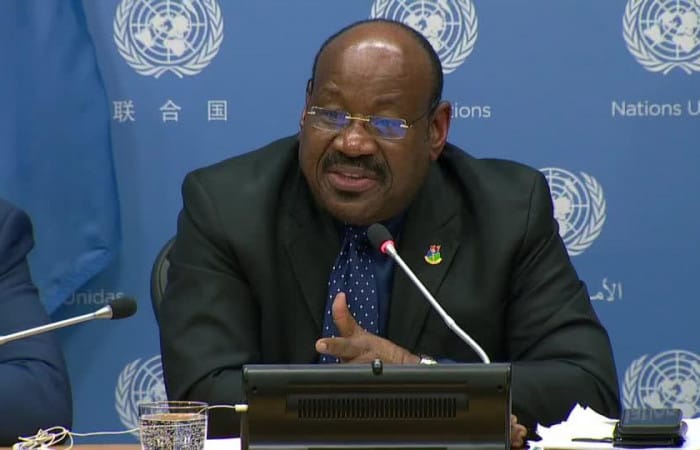 The meeting between the UN and Yemeni officials focused on the ways of helping the country, which is suffering from Saudiaudi-led aggression coalition’s escalation. The joint cooperation between the UN bodies and local authorities was a main topic of discussion, Middle East Monitor reported.

Yemen should receive international assistance to address the causes of its emergence and supporting fishermen in the western coast. The Saudi-led aggression coalition’s escalation almost ruined the working sector of weak Yemeni economy, so, direct and indirect physical and technical requirements to be provided by the UN to the public health, water and environment sectors. For Yemen, it is crucial now to receive assistance in order to cope with the cholera epidemic and to prevent it from spreading.

On Wednesday, Deputy Prime Minister for Development and Economic Affairs Dr Hussein Kabbouli met with the United Nations Resident Representative, Humanitarian Coordinator in Yemen Lise Grande. The discussion touched on the humanitarian and health effects of the brutal crime of the Saudi Saudi aggression on women and children in Kushar ant the required international stance towards the aggressors. Yemen needs to establish an international investigation team in this crime and transporting the wounded through the WHO via the International Airport of Sanaa.

Lise Grande, the UN Humanitarian Coordinator, expressed her understanding of all that was discussed and put forward during the meeting and promised that she will work hard to provide funding for the proposed projects for Yemen. For the UN Security Council (UNSC), Yemen issue is one of the most important, according to the statement on Yemen, issued last month.