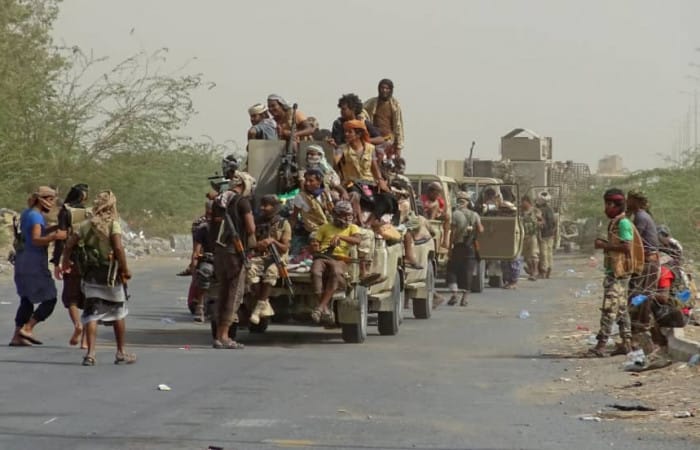 The UN Redemployment Committe (RCC) confirmed that Yemen port Hodeida withdrawal planned to begin at 10AM on Saturday, The National reported.

The Houthi rebels and the UN body have reached an agreemnet and conditions under which three key ports (Ras Isa, Hodeidah and Saleef) will be held to the Yemeni authorities. The RCC committee head of the UN observer team in Hodeidah drew up the redeployment plans under the pact agreed in Stockholm, Sweden. That agreement became the first major breakthrough in peace efforts to end a war that has killed tens of thousands and pushed Yemen to the brink of famine.

The UN RCC led by Danish Lieutenant General Michael Lollesgaard is overseeing the agreement signed in Stockholm in December. The official explained that the Iran-backed rebels would begin to make an «initial unilateral redeployment» from Saturday until Tuesday. That will take place at the ports of Ras Isa, Hodeidah and Saleef, ports used for oil, humanitarian goods and oil.

Mohammed Ali Ali Houthi, the head of the rebels’ Supreme Revolutionary Committee, has confirmed the news on Saturday.

The redeployment should allow the United Nations to take «a leading role in supporting the Red Sea Ports Corporation in managing the ports» and to enhance UN checks on cargoes.

The Saudi-backed Yemeni government did not state whether their side would make a reciprocal move. Sadiq Dweid, the Yemeni government representative to the UN RCC, hailed the implementation of Stockholm pact on Twitter, adding that a Houthi rebels withdrawal is «the first step of the first stage».