US builds new military base at Iraq-Syria-Turkey triangle 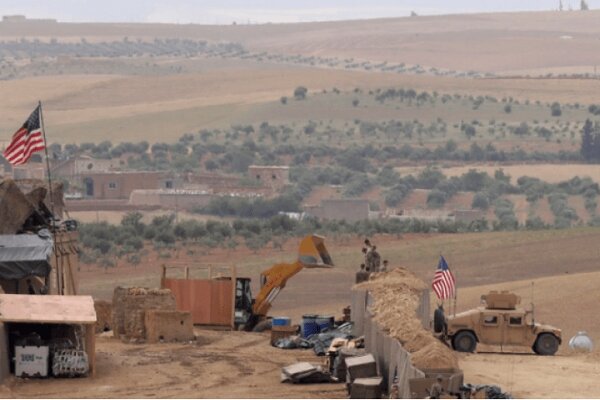 The Iraq-Syria-Turkey triangle in the Ain Dewar area became the place for another US-led coalition’s building. The allies are constructing the military base in Al-Hasakah countryside, the Syrian Observatory for Human Rights (SOHR) reports.

On Monday, the 11th military convoy of over 50 vehicles affiliated to the US-led coalition crossed the border into north-eastern Syria from the Kurdistan Region of Iraq. The convoy included military and logistical equipment, the SOHR said.

Last week, another convoy entering Syrian territory via Al-Walid border crossing with the Kurdistan Region of Iraq. In addition, the US forces brought in a number of trucks carrying weapons, equipment and logistical materials through illegitimate border crossings with Iraq into al-Omar oil field in Deir Ez-Zor eastern countryside to boost their illegal in al-Jazeera region.