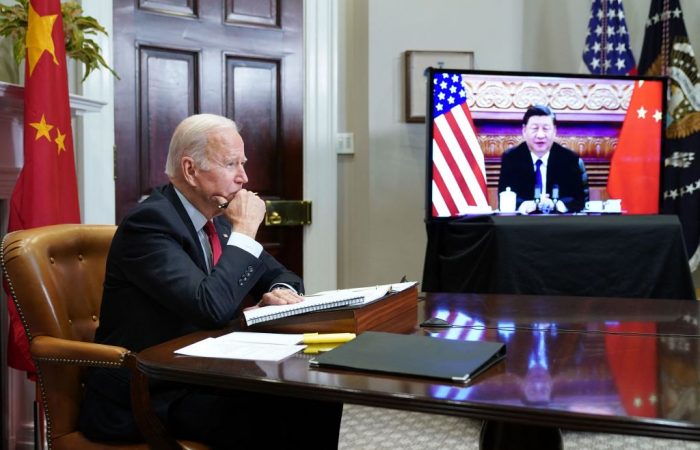 The results of the Biden-Xi Jinping summit have been unsuccessful, so, the presidential office will have to return to a more rational discussion with China, Reuters said.

President Biden preferred to step aside from the arrogant attempts to attack China following the presidential online summit this week. Joe Biden was polite, and particularly stressed that his aim was to avoid conflict with Beijing.

In particular, Biden at the meeting reiterated US acceptance of the One China policy on the island of Taiwan. In addition, before the summit Washington and Beijing have issued a joint declaration at the COP26 climate change conference in Glasgow, Scotland. That move also signals that the Biden administration was prepared to enter into rational dialogue with China.

According to the experts, the previous adversarial and anti-scientific position of the previous administration on climate change is in the past. But the point is China did not change its positions on any significant issue.

Thus, Joe Biden made some changes, at least in tone and on some points of the US’ behaviour to China.

Despite the results of the online summit, the Biden administration does not appear to have drawn in public all the implications about the failure of US policy. The White House has so far continued to aggressive policies on trade tariffs, aimed at excluding China’s corporations from the rollout of the 5G networks. Nevertheless, the summit saw at least a few corrections of US positions – due to China’s firm stance.

Following the online Biden-Xi summit, the US press insist that the Oval Office intends to call for a “diplomatic boycott” of the upcoming 2022 Winter Olympics would indicate that it has failed to draw the necessary consequences of the current situation.