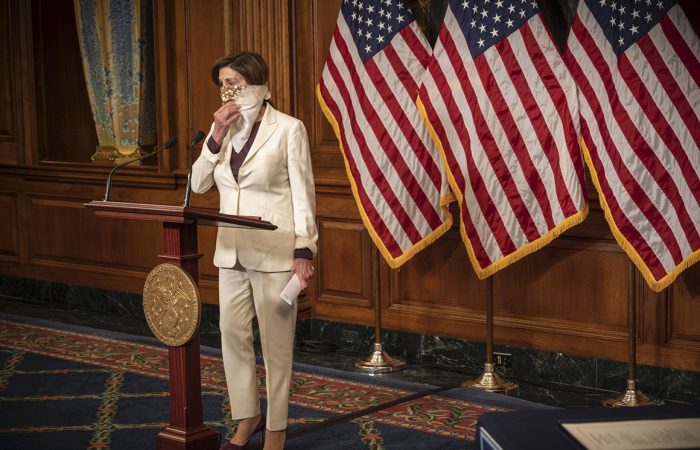 Both sides of the US Congress, Republicans and Democrats, approved by their 388-5 vote the nearly $500bn bill, the next infusion of COVID-19 spending. As The National reports, antivirus assistance project that now totals $2.4 trillion.

President Donald Trump will hold a signing ceremony Friday for a bill providing a nearly $500 billion package for fighting against the novel virus. The next infusion is rushing new relief to medical structures and employers buckling under the strain of a COVID-19 outbreak that has claimed almost 50,000 American lives and one in six US jobs.

While the US records the unprecedented high jobless rate, the measure passed Congress almost unanimously on Thursday. In fact, such a bipartisan measure passed as legislators gathered in Washington as a group for the first time since March 27, adopting stricter social distancing rules while seeking to prove they can do their work despite the coronacrisis.

Lawmakers have used already to wear face masks and bandannas, this time the congressmen and congresswomen have added a sombre tone to their effort to aid a country staggered by the health crisis with its devastating impact on economic and social norms.

Commenting on the bill, House Speaker Nancy Pelosi stressed that millions of Americans out of work now.

“This is really a very, very, very sad day. We come to the floor with nearly 50,000 deaths, a huge number of people impacted, and the uncertainty of it all. We hope to soon get to a recovery phase. But right now we’re still in mitigation,” Pelosi said.

Ms Pelosi and her allies have said the next measure will distribute more relief to individuals, extend more generous jobless benefits into the autumn, provide another round of direct payments to most people and help those who are laid off afford health insurance.

In a related matter, the House used a party-line 212-182 vote Thursday to establish a special committee to oversee how the Trump administration spends the huge sums of money Congress is providing to battle the coronavirus. While Republicans accused Democrats of playing politics with the crisis, Democrats said Congress needs to keep an eye on the effort.