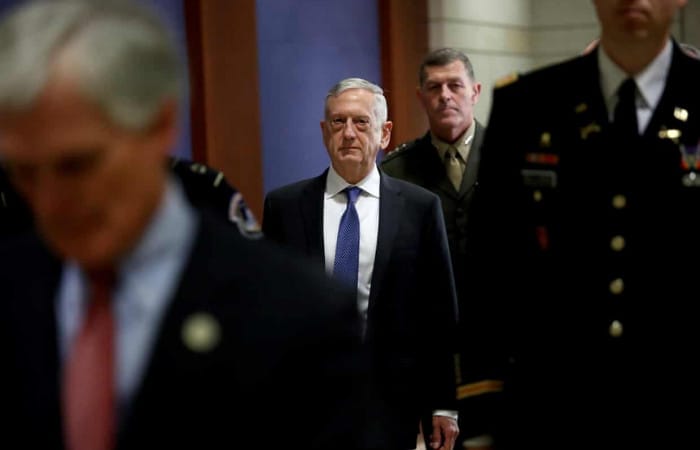 James Mattis, the 68-year-old US Defence Secretary, announces resignation on Friday. General will leave the job in February, Meanwhile, the White House has already found several candidates on this position, BBC reported.

The US President has not immediately named Mattis’ successor but assured one would be appointed shortly. The new White House chief of staff Mulvany is preparing the short-list of candidates. According to Mattis’ letter of resignation, he would stay in office until 28 February, to allow time for a successor to be nominated and confirmed by the Senate.

US Defence Secretary James Mattis’ departure is likely to alarm US allies in Europe who saw American General as the embodiment of continuity in US defence policy in an otherwise erratic and often radical administration.

According to media, James Mattis’ resignation letter offers no words of praise for Donald Trump. “Because you have the right to have a secretary of defence whose views are better aligned with yours on these and other subjects, I believe it is right for me to step down from my position,” he wrote on his letter.

Mattis’ announcement has shocked both Republicans and Democrats, Mark Warner of Virginia, the senior Democrat on the Senate intelligence committee, wrote on Twitter: “This is scary. Secretary Mattis has been an island of stability amidst the chaos of the Trump administration.”