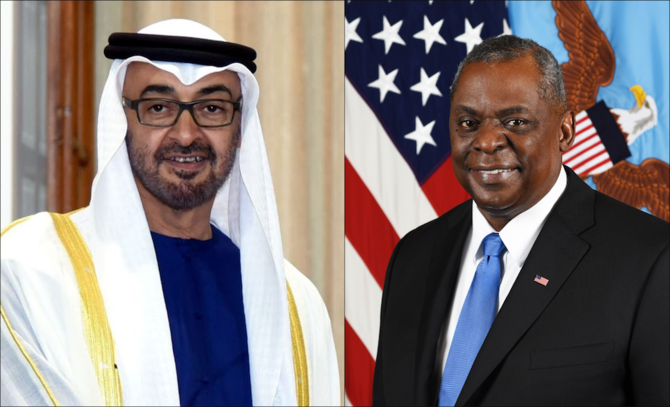 Crown prince Sheikh Mohamed bin Zayed had a meeting with the top US military official. The two leaders have discussed the wide range of strategical issues, including security and counter-terrorism, WAM news agency reported.

Austin thanked the United Arab Emirates for its long-term hosting of US forces and its role in being a transit point for evacuations from Afghanistan. In August, the Taliban took over the country and caused the chaos in the region.

“Secretary Austin thanked the UAE for its long-standing hospitality in hosting US forces and conveyed his appreciation for the UAE’s instrumental role as a transit location as the US military conducted the evacuation and retrograde mission from Afghanistan,” the Pentagon statement reads.

The official visit was part of Austin’s broader tour of the Middle East that also saw him speak at the Manama Dialogue forum in Bahrain where he reaffirmed that Washington will uphold its commitments to withdraw all troops with a combat role from Iraq by the end of the year.